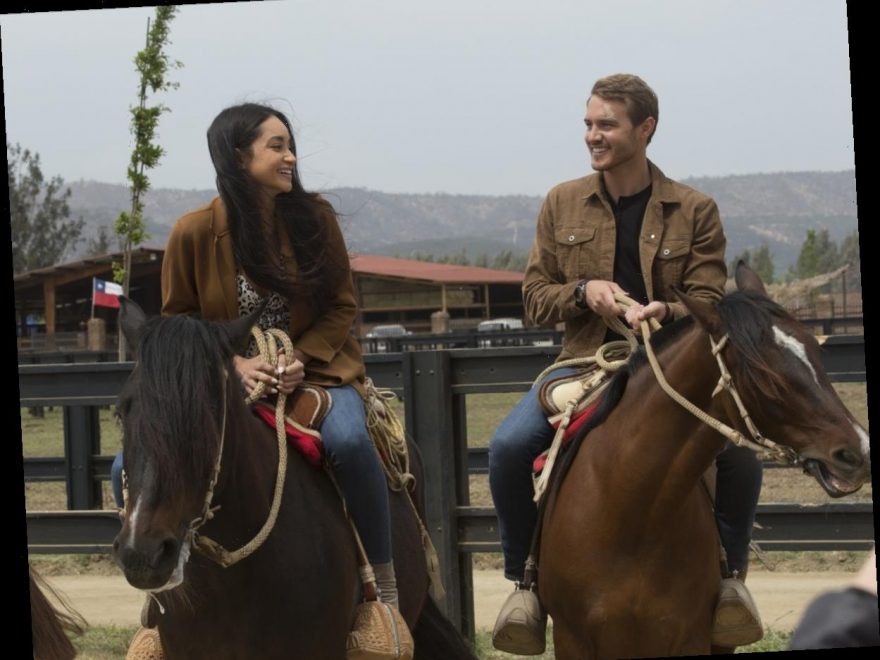 The Bachelor contestant Victoria Fuller may not have ended up with Peter Weber, but she still has a lot of love for the pilot. Victoria F. wrote a post-Bachelor message for Peter on Instagram following their emotional reunion on the Women Tell All special on Monday, Mar. 2. And although she was sent home right before the finale, she’s very grateful for her experience with Pilot Pete, to say the least.

Taking to Instagram, Victoria posted a photo from their intense reunion moment and thanked Peter for, well, basically everything. "Thank you for teaching me about myself, even when I didn’t want to know," she wrote. "But most of all teaching me that I’m worth it." She continued, thanking him for "pushing" her in their relationship. "You showed me what kindness truly is. What patience means in a relationship," she wrote. "You showed me the definition of a good thing. & you showed me that I can be loved unapologetically with all my flaws. For that I am forever grateful for you."

She ended her note with a positive outlook and a Kris Jenner reference. "I’m excited to see where life takes you & I have all the respect in the world for you," she said. "You’re doing great sweetie." (The quote is actually "You’re doing amazing sweetie," but, as Victoria herself has learned, nobody’s perfect.)

Despite Victoria getting sent home right before the final two, it’s evident that Peter still held her in high regard. He even defended her when her modeling scandal came to a head last month, when Cosmopolitan removed the couple from their cover. After photos of Victoria modeled clothing that used "white lives matter," "blue lives matter," and confederate flag messaging, the contestant came under fire, but Peter stood by her side.

While he didn’t approve of the campaign itself, which was reportedly for marlin conservation efforts, Peter did defend Victoria in interviews, telling BUILD, "I really feel like she’s a good person and she’s got a lot of endearing qualities and I just hope that people can form their opinion on her based off [of] what they see between the two of us and her time on the show."

Victoria also apologized for her involvement in the campaign. “I want to say that I unequivocally reject the beliefs of the white lives matter movement or any propaganda that supports racism of any kind," she wrote on Instagram in February. "I would like to specifically apologize to people of color that are affected by racism daily.”

Despite their relationship coming to an end, it seems that Peter and Victoria will have a meaningful connection for years to come.