“Clerks III” (Lionsgate/$14.99) is the only major new entry in a week dominated by lower-priced non-PVOD films. And its trajectory here tells a tale of how things have changed since Kevin Smith broke out in 1994 with the original “Clerks.”

The new film was released October 14 for home viewing. That accounts for it missing out as No. 1 on Vudu, which ranks by revenue and includes four days before its release, as well as its absence on Google Play, which lags a few days behind other charts.

The original film 28 years ago celebrated video store culture at a time not only before streaming or video on demand unknown but prior to even DVDs. Fifteen years into video store culture, it conveyed an acceptance of a natural order of things — movies play theaters, then half a year later VHS rentals start, and they move to premium cable more than a year later.

That was then, this is now. As big as its cult status is, the original “Clerks” was a niche release from Miramax. The black-and-white low-budget comedy grossed adjusted around $8 million, much of that over a long period of time. It wasn’t even among Miramax’s 10 top releases from 1994, taking in less than 3 percent of what “Pulp Fiction” did.

Yet it has endured, with Smith noting in interviews that he hoped the new edition might capitalize on the same nostalgia that elevated “Top Gun: Maverick.” If so, unlike the Tom Cruise vehicle, his latest film is taking a much different release route.

Starting with a Redbank, New Jersey, hometown premiere, then followed by a handful of roadshow events, “Clerks III” played as a Fathom Event on September 13 before continuing in some theaters. All told, it took in a bit over $3 million (about the same as the original unadjusted), with more than half prior to its regular release.

The charts otherwise changed little, other than being unusually dominated by lower-priced entries. “Top Gun: Maverick” (Paramount/$5.99) led on transaction-based iTunes and Google Play, while “Bullet Train” (Sony/$19.99) is No. 1 at Vudu. Joining them on all charts were “Where the Crawdads Sing” (Sony/$5.99) and “Jeepers Creepers Reborn” (Screen Media/$6.99). The latter like “Clerks III,” initially played theaters as a Fathom Event. 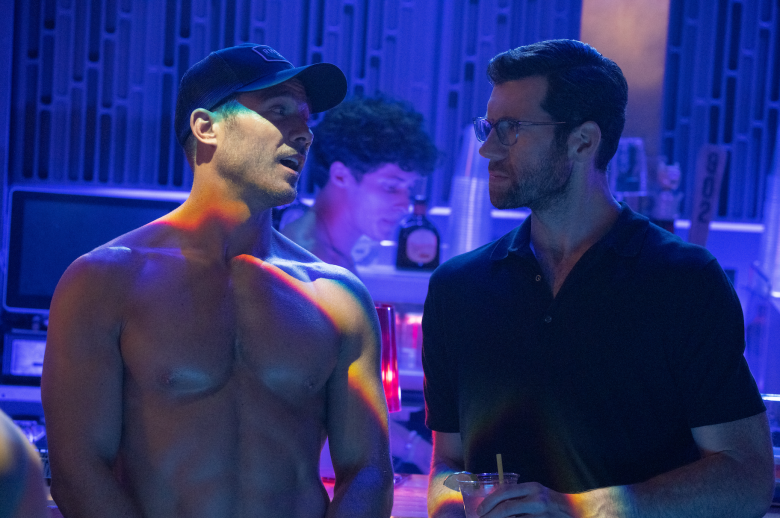 Next week will be interesting. “Bros” (Universal) is scheduled for release October 18 after its third weekend and less than $11 million in gross. That’s normal after a third weekend for a Universal release. Its performance will be telling, to see if it rebounds with early access as a film with very high awareness.

Netflix’s top three are all new original films. Halloween family comedy “The Curse of Bridge Hollow” starring Marlon Wayans went right to No. 1, with last week’s top title “Luckiest Girl Alive” holding on as No. 2. Their action acquisition “Blackout” with Josh Duhamel is No. 3 (they control U.S. and U.K. rights).

iTunes and Google Play rank films daily by number of transactions. These are the listings for October 10. Distributors listed are current rights owners. Prices for all titles are for rental.

Most viewed, current ranking on Netflix’s daily chart on Monday, October 17. Originals include both Netflix-produced and acquired titles it initially presents in the U.S. Netflix publishes its own weekly top 10 on Tuesdays based on time viewed.