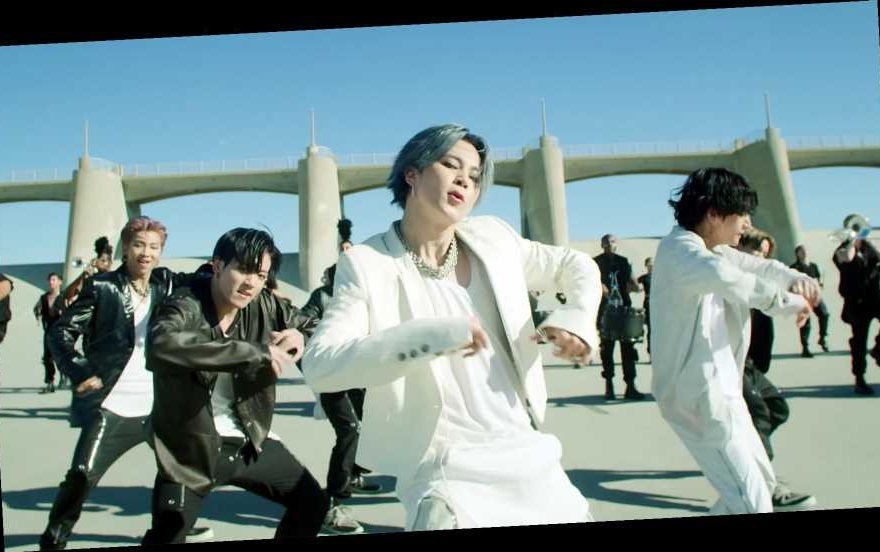 BTS has released a “kinetic manifesto film” (a.k.a. music video) for their single “On.” In the stark video, the seven-piece group leads a dancing army of warriors inside of a canal.

According to the press release, the “Kinetic Manifesto Film is an expression that best depicts the concept of the lead single.” The clip follows the band’s previously released art film for single “Black Swan,” which featured an elaborate performance from the MN Dance Company. The group also released a comeback trailer (a.k.a. another music video) for “Outro : Ego,” which highlighted band member j-hope.

BTS member RM talked about the single in a new interview with Zane Lowe, noting, “It’s like a big diary for our past seven years. … It’s kind of about [how] we could stumble from time to time but we got back up…When we say ‘On’ it’s like, we on, or, like, on air. It’s like, ‘Bring it on.’ We could imagine it [as] many things.”

BTS’ new album, Map of the Soul : 7, is out Friday, February 21st. The 20-track album is a sequel to the band’s April 2019 EP Map of the Soul: Persona and the tracklist, announced earlier this week, includes previously heard songs from that EP. “On” will have two versions, one featuring Sia on the digital release and one with just the band members on the physical release.

BTS will appear on The Tonight Show Starring Jimmy Fallon on February 24th for a special telecast. The seven-piece group will do an extended interview with Fallon and a performance of a brand-new song.