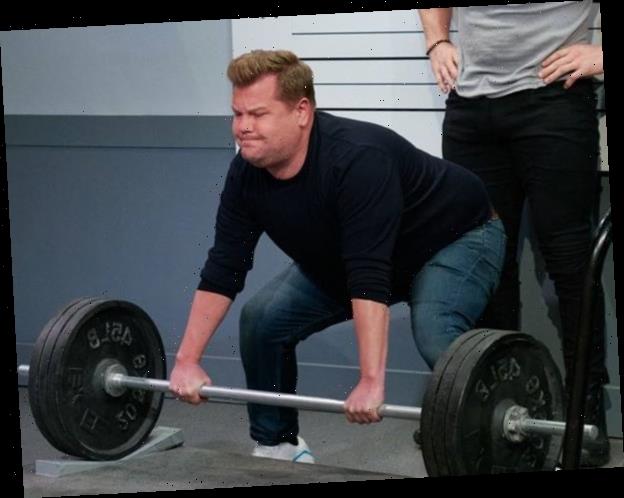 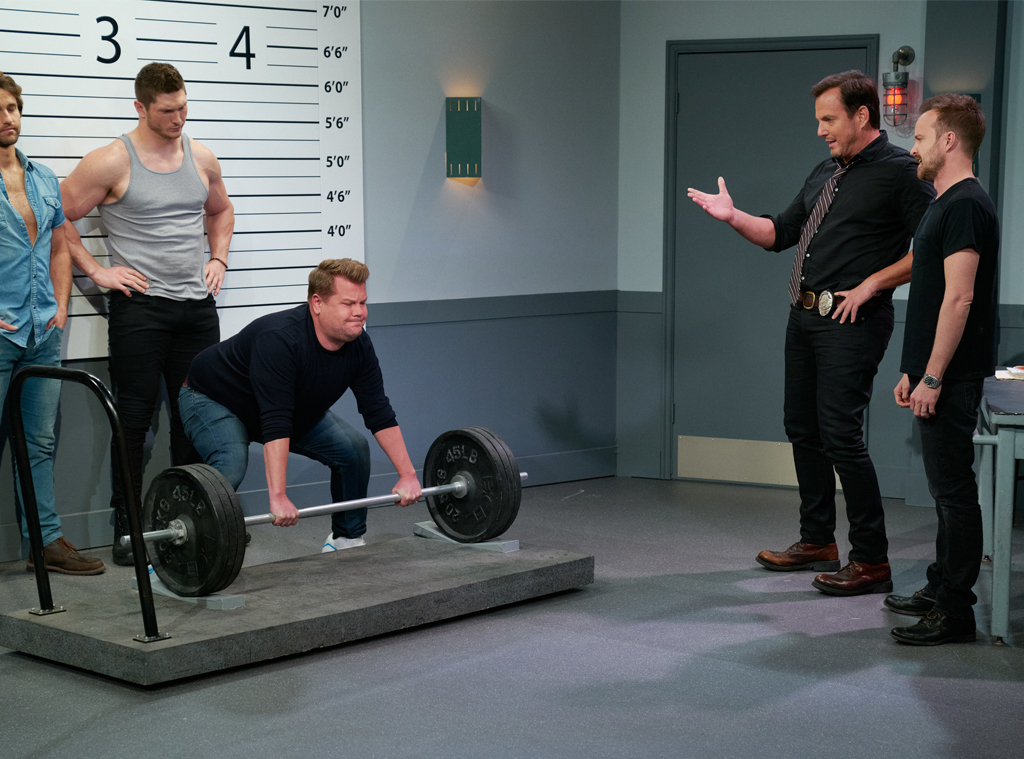 At least, that’s what his latest sketch on The Late Late Show was all about. Will Arnett and Aaron Paul teamed up with the late-night host to create a hilarious scene about a man trying to identify his attacker in a police station. Paul played the victim, Arnett played the cop and Corden was one of the four men brought into the lineup of suspects.

Giving a description of the assailant, Arnett says to Paul, “Now you say that he was male between 25 to 32 years of age, about 6’2″, brownish hair and muscular build, high cheekbones, chiseled jawline and pouty lips?”

As the Breaking Bad alum responds, “Pouty lips, yeah. That’s right. You know, it’s all sort of a blur, but if I saw him again I might be able to ID him.” That’s when three muscular suspects walk in one by one before Corden trails behind them.

Convinced he’s not supposed to be there, he says, “Excuse me, I think there’s been a mistake. I haven’t attacked anyone. I’ve got an alibi for where I was last night. Can I speak to my lawyer? I don’t belong here.”

As Arnett chimes in, “All right, quiet. You all match the same description.”

As a gobsmacked Corden replies, “I match the description? In other words, you think that we all look the same?” Then he takes a good look at the lineup of hot men and says, “I mean, sure. Yeah, totally. Come to think of it, who knows where I was last night?”

The BoJack Horseman stars then talk about how the attacker sounded.

As Paul describes, “He had a very deep voice. Low, deep. Other than that, it was just a regular American accent.” Then all the men repeat the line, “Hand over your money if you want to live.”

When it comes time for Corden’s turn, he significantly lowers his voice in an attempt to sound like the other men.

As Paul says, “It’s definitely not him,” Corden responds, “I’m not warmed up! Let me do it. You got any honey and lemon, or anything?”

The next task is to lift a 170-lb barbell. The three men do it with ease as Corden basically gives them mat talk with lines like, “Solid form, well played,” “There it is. Nice job, big cat” and “Those glutes are taking names, big dog.”

When it comes time for his turn at the barbell, he can’t lift it at all. In the end, Corden’s attempts to convince Arnett and Paul that he’s the sexy attacker annoy them so much, they have him arrested anyway.

Now, check out the full video to see the three stars fight over how pouty Corden’s lips are.