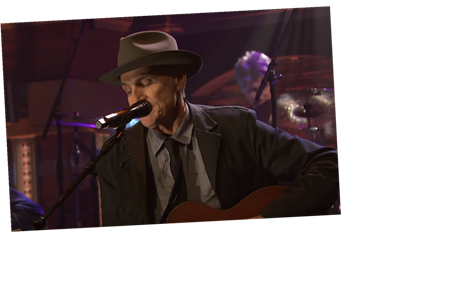 The song, which comes off his recent album American Standard, is a jazz classic by Gene De Paul and Sammy Chan that’s been performed by everyone from Amy Winehouse to Aretha Franklin to Frank Sinatra. In this version, Taylor transforms the track into an acoustic ballad with the help of a few backing musicians.

Taylor dropped American Standard, his take on the Great American Songbook, in February. The album is his first since 2015’s Before This World and 19th overall. “I’ve always had songs I grew up with that I remember really well, that were part of the family record collection — and I had a sense of how to approach, so it was a natural to put American Standard together,” Taylor said in a statement. “I know most of these songs from the original cast recordings of the famous Rodgers and Hammerstein musicals, including My Fair Lady, Oklahoma, Carousel, Showboat and others.”

Earlier this year Taylor also released an audio memoir, Break Shot, via Audible. In the memoir, Taylor recounts his life story and music career, beginning with his upbringing in Chapel Hill, North Carolina. The memoir was recorded at TheBarn, Taylor’s home studio in Western Massachusetts, with the interviews conducted by long-time music journalist and former MTV executive Bill Flanagan.

Taylor will embark on a North American tour this summer alongside Jackson Browne, with the singer/songwriters performing in arenas and amphitheaters starting May 15th in New Orleans to July 10th in Camden, New Jersey.