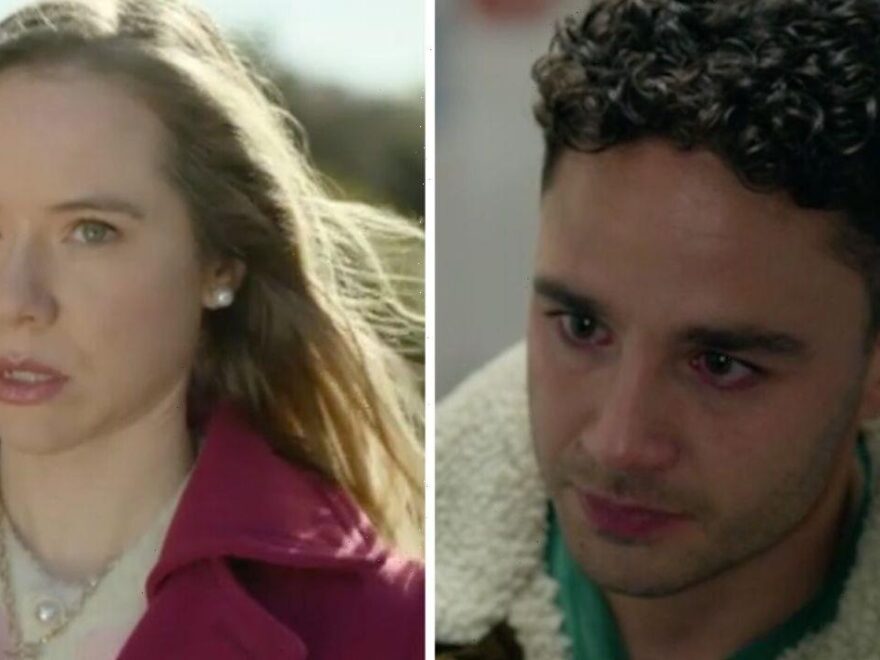 Tuesday night saw the return of the popular BBC drama Waterloo Road seven years after it was last on air. Although there were some familiar faces making an appearance, viewers were left reeling to discover one person’s time on the show had been cut short.

The opening of the new series started with former high school sweethearts Donte (played by Adam Thomas) and Chlo (Katie Griffiths) getting their eldest child ready for her first day at school.

Waterloo Road fans will remember the duo first made their appearance in the BBC One drama back in 2006 and made the decision to get married when they were only 16 years old.

Still married with two children, one of which was born in the school toilets, the reboot showed them now as an adult couple navigating their lives.

While taking Izzy (Scarlett Thomas) to her new school, Chlo found herself being the victim of a minor car accident.

READ MORE:Prince Harry branded ‘ridiculous’ as he lashes out at family again

While stuck in traffic, one woman lost control of her car brakes and slammed into the car in front, causing it to jolt forward.

However, at that same time, Chlo had bent down to pick something up off the floor on the road and ended up getting hit by the vehicle.

Taking a fall, she was helped up by a teacher and the woman who hit her and was assisted into the school where she told them all she had hurt was her arm.

While in the nurse’s room, one of the teachers had asked where she hit her head, but Chlo dismissed her concerns and was more focused on her daughter.

Later on in the episode, viewers saw Chlo and Donte having a family meal together where her arm had been bandaged up.

All seemed to be fine until the couple were in the kitchen and she started to hear a loud ringing in her ears as she told her husband something was wrong before collapsing.

Horrified, Donte shouted at their daughter to call an ambulance and the family went to the hospital to find out what had happened.

However, when they arrived a nurse told Donte he had better sit down as she delivered grave news to him.

Although no dialogue could be heard, Donte collapsed in tears as he was told about his wife as he sobbed into his children.

With Chlo being a firm favourite from the original series, fans were left outraged that bosses had killed her off in the first episode of the reboot.

Saaam_lxo said: “New Waterloo Road, proper excited, and they kill Chlo off on the first episode, HOW VERY DARE THEY. #WaterlooRoad @bbcwaterlooroad.”

JADE_ABBOTT22 added: “No another show that’s ruined for me why would you kill of Chlo [sic] #WaterlooRoad.”

MN456782 commented: “What was the point of rebooting the show only to kill Chlo off in the first episode? #WaterlooRoad.”

Nottjlo questioned: “What was the point in getting rid off Chlo??? #waterlooroad.”

EmilyMxeee slammed: “Nahhh how they killed off Chlo after 1 episode [sic] #WaterlooRoad.”

With chlxefoley adding: “I’m crying because they made me think Chlo was back just to kill her. joke #WaterlooRoad.”

Waterloo Road continues Tuesdays on BBC One from 8pm