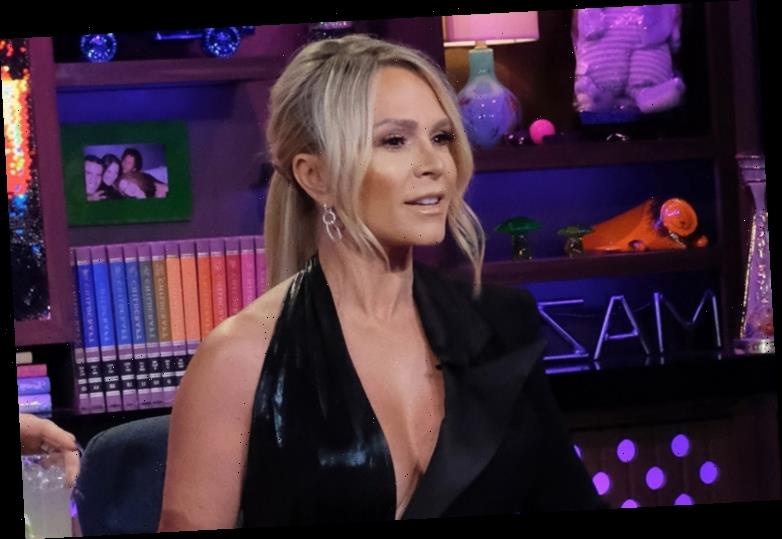 Tamra Judge left The Real Housewives of Orange County after 12 years. The Bravo reality star was said to have been offered a limited role for season 15 but ultimately turned it down. There have been reports about how much money Judge turned down to make an appearance in three episodes. Wendy Williams picked up the news on her show and the RHOC star was triggered by the information she shared and corrected her.

“They were giving her $900,000 per season,” Williams said on her show about Judge’s salary as a full-time housewife. “They reduced her to shooting three scenes for $20,000.”

Williams erroneously reported the figure as the original report from Radar said Judge was getting paid $60,000 for three episodes. Despite that, the fitness maven took to her Instagram Stories to correct the talk show host.

“NOT TRUE @WendyShow You need to add another zero to that number,” Judge wrote seemingly saying she turned down a $200,000 offer.

#TBT I still remember that crazy night. Someone woke up on the hotel bathroom floor ? @ramonasinger @vickigunvalson #2011

A day after Gunvalson announced she was leaving RHOC, Judge also surprised her fans revealing she was also exiting the franchise.

“It’s been a wild ride, and after all these years, I’m looking forward to life away from the cameras,” Judge told People in an interview. “I was offered a chance to come back to the show in a limited role, but would prefer to walk away on my own terms.”

Cohen confirmed on Radio Andy the news that Judge turned down the offer to come back for a limited role.

“We had offered her three episodes to come back and kind of wrap out her story. … That is true,” Cohen said. “She didn’t want to do that. Look, she’s been on the show for 12 years. We wanted to give her a send-off.”

The Bravo producer also said that he was hopeful that Judge would make an appearance on RHOC in the future.

“I’m hoping, and this is not lip service, that she will come back in some form, either this season or in the next couple,” Cohen said. “Because I just feel like she is someone that I am always interested in, I always want to check in with her on. She has been an incredible Housewife, she really has. She’s been dramatic, she’s vulnerable… she has been great.”

Love you Andy! “ Don’t cry because it’s over, smile because it happened” dr. Seuss

Following the confirmation from Judge leaving RHOC, fans noticed that she unfollowed her co-stars as well as Cohen. In an impromptu interview on Instagram Live, Cohen asked Judge about the situation. The former housewife explained that she was trying to get ahead of the game because she knew what was going to happen once she announced her departure.

“Because I knew it was going to be a sh**storm, I didn’t want to read about it. I didn’t want to see it so I unfollowed everybody. It was just my instinct,” Judge explained. “Now I’m good and I’ve accepted it.”

Walking into the weekend like …. Only 12 days until Christmas and I haven’t started shopping yet ? how did this happen? Who’s done?

In a separate interview, Judge said he loved Cohen and there was no love loss between them.

“I love Andy [and] I will always have a close friendship with him,” Judge told Champion Daily about what she thinks of Cohen. “I enjoyed my 12 years on Bravo but I knew it was coming to an end. I’m not mad about Bravo’s decision but I am sad to lose a family that I love so dearly.”

Season 15 of RHOC is scheduled to start filming soon and will air later this year on Bravo.