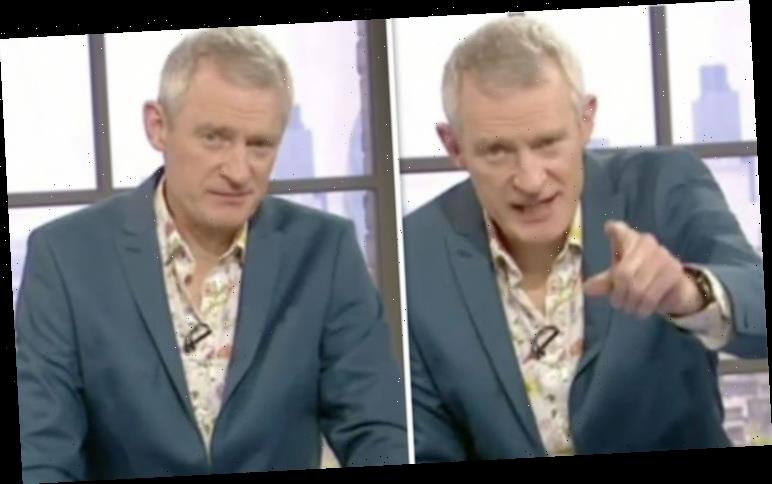 One caller, in particular, ruffled some feathers of today’s edition of Jeremy Vine on 5 as he spoke passionately about Nigel Farage. Viewers were well aware that yesterday Nigel and his fellow MEP’s for the Brexit Party were seen waving away the European Union with Union Jack flags before the UK exits tomorrow.

Jeremy asked: “Were you proud or embarrassed by Nigel Farage and his fellow MEPs’ behaviour in the European Parliament yesterday?”

Nigel Farage and the other MEP’s were seen singing Auld Lang Syne ahead of the UK coming out of the European Union at the meeting yesterday.

One caller got into a verbal altercation with Nina as he said the UK didn’t want the car industry, which is why they got rid of it.

Nina was against everything the man was saying and said: “You can’t even argue your own point.” 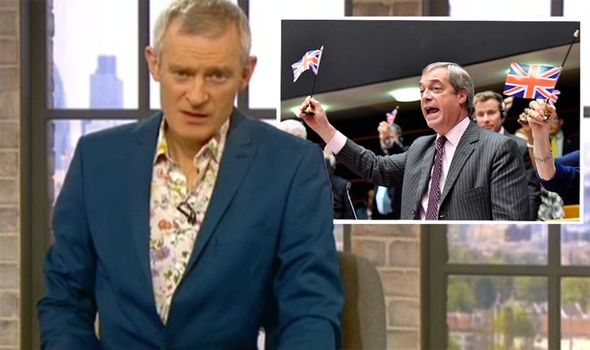 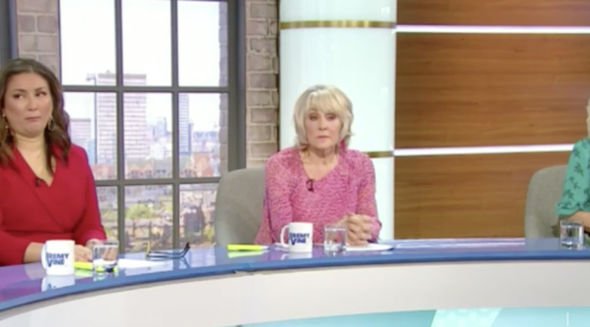 Nigel Farage was cut off during his final speech in Brussels after waving a Union Jack flag to say goodbye to the EU.

But there was a very passionate caller who left Jeremy confused in his adoration for Nigel Farage.

Jeremy said: “Thomas from London. Can you tell us why this isn’t embarrassing?”

The caller came onto the line and said: “What a hero! I love him!

“I love him to bits, he stands up for what people are thinking.” 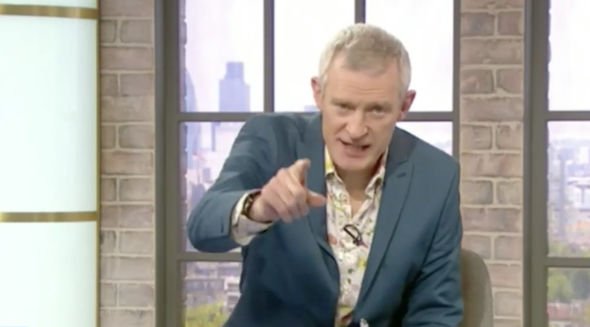 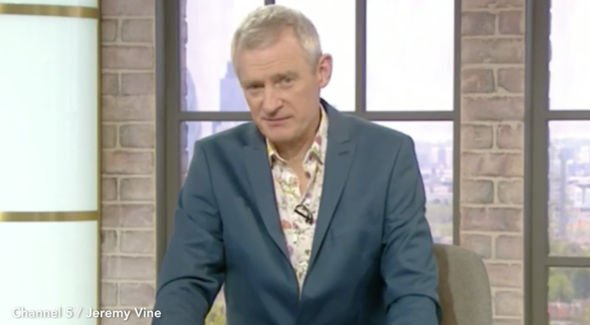 He went on: “And do you know why I love him? Do you know what? For the last three years I have been living in Islington, North London suffering because of Brexit.

“Let’s just get it done. Let’s get the job done.” he rallied on.

The caller went on to say that the waving of the flags last night was one of the best things he has ever seen in the European parliament, but it was met by hostility from the panel.

One guest told Thomas: “I think you need to get out more if you think that’s the most exciting thing ever.”

Viewers were left disappointed today with Jeremy’s panel, saying that there wasn’t a fair argument.

One viewer tweeted: “Everyone complaining about @Nigel_Farage in the European Parliament are complete snowflakes, it was just a laugh and a joke!

“Just another excuse for the #remainers to moan about leaving.

“The decision is final, Brexit is going ahead, get on with your lives god sake! #jeremyvine.”

And one more said: “Never seen two rampant Leaver’s. Had couple of remoaner callers in Jeremy Vine who thought Nigel Farage was a buffoon including this woman.  It takes one buffoon to know one.”

The panel later went on to discuss the ethics behind smacking a child if they have been naughty.

One viewer said: “ I don’t think smacking should be allowed it only teaches kids to be scared of their parents..”

Another added: “Yes it should be criminalised. If you can’t hit people on the street, why should you be able to hit a baby/child. #getwiththetimes.”

“I find it unbelievable that we even need 2 have this discussion.” added a fourth.

Jeremy Vine continues tomorrow on Channel 5 at 9am.