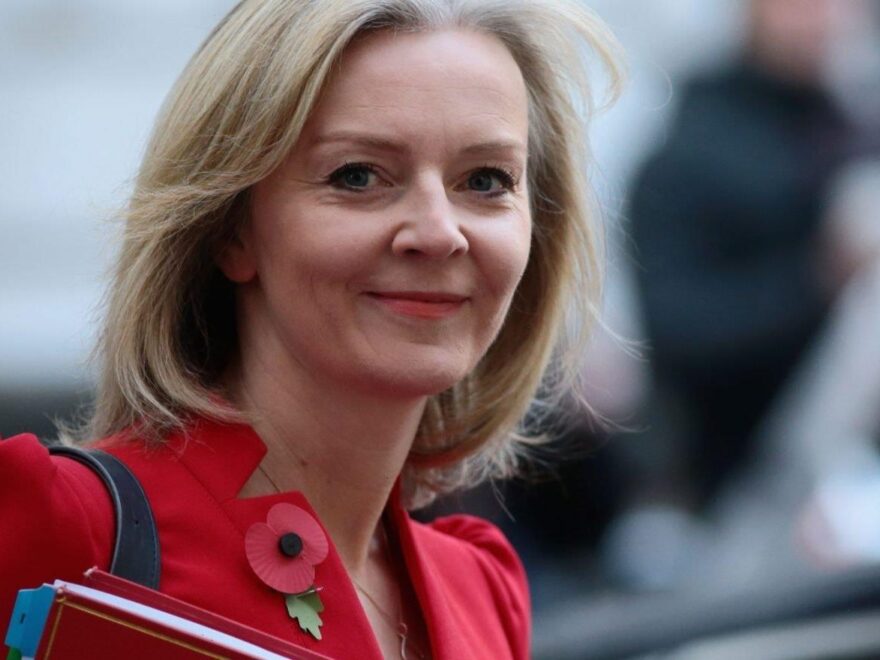 Liz Truss will soon be moving into 10 Downing Street, but what does she have planned?

After a long leadership contest, Liz Truss has finally been confirmed as the new leader of the Conservative party and our next prime minister.

Truss will arrive in Number 10 against a backdrop of economic uncertainty, with energy bills soaring, inflation rising and a recession looming on the horizon. She has said that she is prepared to make “difficult decisions” to tackle this.

But what does this mean in real terms, and what are her actual policies? Here’s what we know so far about what Truss has planned on some of the biggest political issues…

An emergency budget is expected to follow Truss’s arrival at Number 10. She previously ruled out “handouts” to help people tackle rising costs, telling the Financial Times: “The way I would do things is in a Conservative way of lowering the tax burden, not giving out handouts.”

Indeed, one of the policies that Truss has been clear on from the start is her plan to cut around £30 billion of taxes, including reversing the recent rise in national insurance, scrapping the planned increase in corporation tax and getting rid of the green levy on energy bills, which currently supports renewable energy sources, helps vulnerable people and encourages energy efficient upgrades for homes and businesses. Reports have also suggested that Truss’s team have considered cutting VAT rates to 15% as a ‘nuclear’ option.

Liz Truss has been named the UK’s next prime minister – but what happens next?

Truss has promised that she will unveil a plan to deal with skyrocketing energy bills within a week of becoming PM, but has shared little to no information about what that plan entails beyond promising to “help families through the winter” while also tackling “the root cause of the energy crisis”.

She has, however, refused to rule out a freeze on bills, and recent reports have suggested that her team has been involved in discussions with energy suppliers on this subject, with The Times claiming that this financial package could be on a similar scale to the furlough scheme put in place by Sunak at the start of the coronavirus pandemic.

The new PM has vowed to help renters get on the property ladder by allowing rent payments to be considered in mortgage assessments, as most lenders currently do not take rent into account when assessing the mortgage they can afford.

Truss has also promised to get rid of the government’s “Stalinist” housing targets, which currently commit to delivering 300,000 new homes per year, as she believes it creates too much “red tape”. Councils will instead be able to choose how many new homes they want to build in their area, her team said. She also wants to reduce planning restrictions, “turbocharging commercial and residential development”.

Claiming that she was “a teenage eco-warrior before it was fashionable”, Truss has committed to reaching net zero by 2050. Beyond that, she has not focused on the environment in her leadership campaign, but she has said she doesn’t want to see “ordinary households penalised” by those targets, hence scrapping the green energy levy.

As environment secretary, Truss previously cut subsidies for solar farms, describing them as “a blight on the landscape”. More recently, reports have suggested that she plans to roll back the ban on fracking.

The £13 billion sum set aside to support the NHS should instead be reallocated to social care, Truss has said, arguing: “We have put people in beds in the NHS who would be better off in social care. So put that money into social care.”

She also wants to dissuade doctors from leaving the NHS early by changing the regulations around their pensions, as current rules mean that once doctors reach their lifetime pension cap, they must pay tax on their investment, which can make continuing to work financially disadvantageous.

Truss has described the Covid lockdowns at the start of the pandemic as “too draconian”, and has vowed that she would never impose similar shutdowns as prime minister

Liz Truss is in the running for next UK prime minister

Though she backed Remain in 2016, Truss has since become something of a Brexit hardliner. As part of her leadership campaign, she has promised to set a “sunset” deadline for all pieces of EU-derived regulation, which would remove or replace all EU law from British statute books by the end of 2023.

Violence against women and girls

As part of her leadership campaign, Truss promised that “increased police training, new offences, faster processes for rape victims and [a] domestic abuse register” to crack down on violence against women and girls. One of those new offences will be street harassment, which Truss plans to criminalise.

The National Domestic Abuse Register would cover all forms of domestic abuse, including financial abuse and coercive control.

Truss continues to oppose direct UK action but has pledged to continue supporting Ukraine in the war against Russia, adding that we “need to send more heavy weapons, we need to encourage our allies to do more, we also need to put more sanctions [in place].”

Truss has backed a longer school day and promised more childcare for parents around the school day. She has also said she would expand high-performing academies and replace low-performing institutions with free schools, while she is also keen to lift the ban on new grammar schools.

When it comes to higher education, Truss would consider adjusting the university admissions process, so that students can apply after receiving their A-level results, rather than doing so using their predicted grades.

She has suggested that all students who get top A-level grades should automatically be invited to an interview at Oxford or Cambridge, and has backed the creation of what she calls ‘Voxbridge’, “two brand new vocational institutions in the North of England, which will be the vocational equivalents of Oxford and Cambridge”.