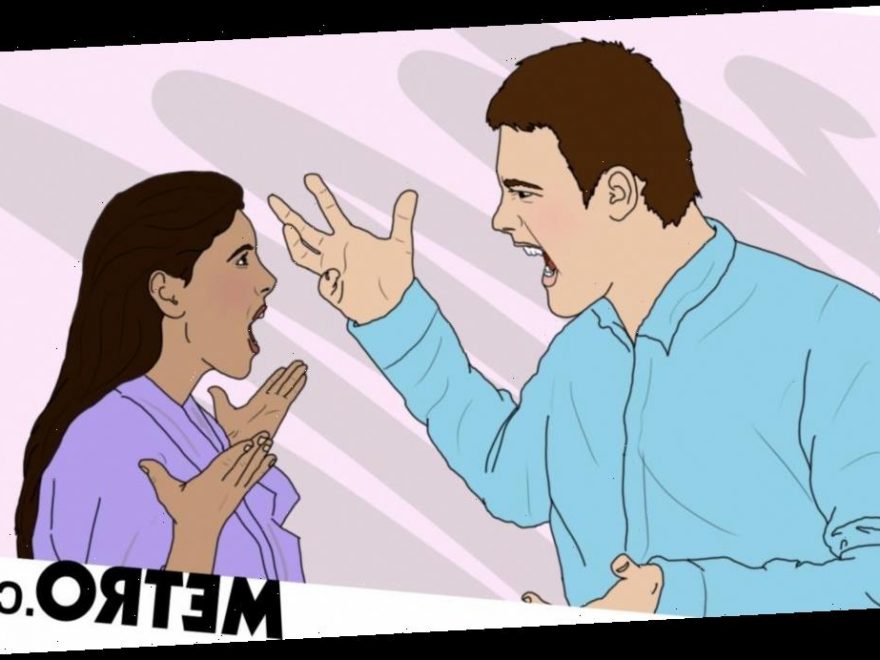 We humans thrive on validation: you only have to scroll through Instagram for twelve seconds to confirm as much.

Given this hunger for recognition, when other people fail to validate our feelings, it can be annoying. At times, it can even feel frustrating or lonely.

In the worst cases, having our experiences discredited can form the basis of a type of emotional abuse called gaslighting. Relate explains that gaslighting can be used to control others, causing victims to ‘question their sanity’. This is a serious matter, and if you’re concerned about gaslighting, you can contact the National Domestic Abuse Hotline.

But maybe you’ve felt invalidated by others and it didn’t feel anything like emotional abuse. Maybe you’ve felt hurt, confused or patronised by well-meaning family, friends or colleagues responding to your feelings with dismissive or minimising reactions.

And, er… maybe you’ve also done it to others. According to Relate, ‘many of us might be guilty of some mild form of gaslighting from time to time’.

This mild, unintentional form of gaslighting is what we’re calling ‘gasleaking’. Unlike the more worrisome version, it’s not malicious. It’s not abusive. In fact, gasleaking is very often well-intentioned, but can still feel upsetting or frustrating for the recipient.

Let’s say you find evidence that your partner is cheating. You confront them, and they insist it’s all in your head. Your partner has perpetrated and then consciously manipulated the situation, making you doubt reality and question your judgement. That’s gaslighting.

But now consider this version. You find evidence your partner is cheating, and you turn to a friend for support. Your friend, wanting you to feel better, tells you it’s probably nothing — just a big misunderstanding. They want you to feel better, but you feel even more alone than before. This is gasleaking.

Once you start noticing it, you’ll spot gasleaks everywhere, from the colleague who thinks your boss’s hurtful digs are just a bit of fun, to the partner who laughs off your medical concerns as hypochondria.

Melissa Cliffe, spokesperson for the UK Council for Psychotherapists, says that when we open up about our feelings, we make a bid for connection. However, gasleaking can crush this bid, leaving us feeling ‘more isolated’.

Gasleaking can damage relationships, and can shut down future attempts at communication. It can also lead to arguments and resentment. Having feelings undermined is harmful, she says, because ‘if we stop trusting and listening to ourselves, we can wind up feeling very vulnerable’.

So, what should you do if someone keeps gasleaking you? And how can you prevent yourself from doing it, when you’re just trying to be positive?

To avoid being the gasleaker, work on your listening skills.

Melissa tells Metro.co.uk: ‘The drive to fix things and make everything right is often strong, but it may not be what is needed or wanted. You don’t have to have the answers.’

Stephen Buckley, Head of Information at mental health charity Mind, agrees: ‘You don’t need any special training to show someone you care – often just listening can make a big difference.

‘It can be tempting to give advice or try to encourage someone to feel differently – but often it’s most helpful to just listen, and only give advice if you’re asked to.’

There are simple steps we can take to become better listeners, according to Relate. Firstly, turn to face the person (it sounds simple, but how often are you looking at a screen instead?); don’t make judgemental or critical comments; but do respond to indicate that you’re listening. This could be with clarification questions (‘So do you mean that it’s happened three times this week?’), mirroring or repeating comments (‘You say you felt let down’), or showing empathy (‘Wow, you must be so fed up’).

Inevitably, though, there will still be times when you’re itching to solve a problem or challenge a viewpoint.

If you genuinely feel that your contribution can help, Cliffe suggests asking questions that keep the ball in that person’s court.

She says: ‘If you want to offer an alternative view, offer it as a suggestion – “Have you thought about X?” – rather than imposing it’. In doing this, you should understand that ‘they may agree or disagree, and that is fine’.

Perhaps, even after all this, you’ll still disagree with the other person’s feelings. In that case, she says, it’s important to ‘accept that we experience situations differently. Listen to their truth; it has meaning for them’.

But what about if you’ve been on the receiving end of gasleaking?

If you feel that it’s been significant enough to affect your self-esteem or relationships, then you should address it with the other person. It’s the only way it will stop. Cliffe suggests that you begin by ‘acknowledging their efforts to help you, and let them know that you don’t feel understood’.

Try doing this ‘when you’re both already in a good mood’, Relate advises. Then try leading with your feelings. So instead of saying ‘You always do this’ or ‘I hate how you do that’, make specific ‘I feel’ statements like, ‘When you say that my concern for the kids is silly, it makes me feel like my worries aren’t important’.

Buckley adds: ‘We (at Mind) know it can be really hard if you open up to someone about your mental health and don’t get the response you’re hoping for – especially if it was difficult to talk about your feelings in the first place.’

He advises ‘finding a way of communicating that feels right to you, whether that’s in person over the phone. You could practice what you want to say… and make sure you speak to someone you know well and trust.’

Similarly, Cliffe recommends that you ‘identify the people in your life that do offer understanding and support’.

Because, ultimately, ‘our feelings are not up for debate… If we feel hurt, we feel hurt’.