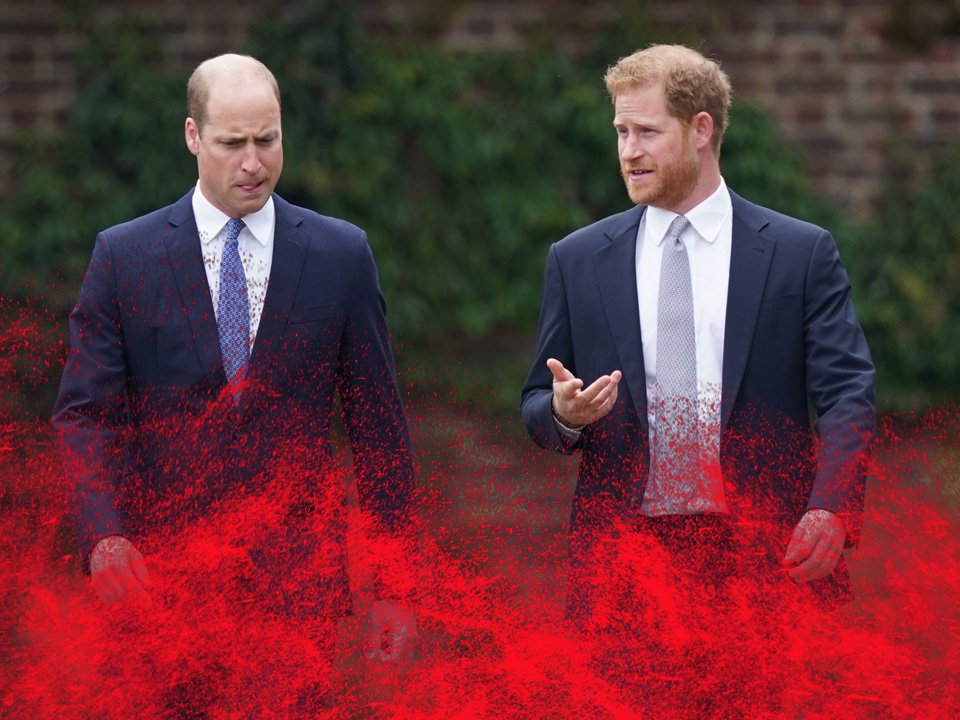 ‘Why do we call it red mist? It’s symbolic of anger and blood – if you look at danger signs, they are always red,’ integrative psychotherapist, Liz Ritchie, tells Metro.co.uk.

‘Anger is a normal emotion but when it gets to rage, then it can become problematic because we have different responses to that – our testosterone levels increase, as does our adrenalin, so we can physically feel those changes in our body.

In Prince Harry’s bombshell interview with ITV’s Tom Brady, he describes an altercation with his brother William. He said: ‘I saw this red mist in him. He wanted me to hit him back, but I chose not to.’

Harry expanded on the row in his memoir, Spare, writing: ‘He set down the water, called me another name, then came at me. It all happened so fast. So very fast. He grabbed me by the collar, ripping my necklace, and he knocked me to the floor.’

According to Harry, William left, then returned ‘looking regretful, and apologised’.

Liz explained that experiencing red mist is more than just getting annoyed and upset. She says: ‘Red mist is associated with rage – so it’s one level up from anger.

‘When we experience this, we are brought into a situation where we are actually losing control of our emotions and it’s very subjective.

‘It varies from person to person and we all learn to handle it differently – it’s dependent on things like personality types, gender, socio-economic backgrounds and culture.

‘Some people have more control over their anger than others. Some people will argue that once that red mist comes down there’s no hope or alternative, all rational behaviour has completely gone.’

Liz also believes that William’s alleged outburst isn’t unique – and that people are getting more angry.

‘We’re more triggered today because we live in a very changing uncertain and volatile time,’ she says. ‘As people, we feel very vulnerable so I think our resilience can be chipped away at.

‘We have less resources to deal with anger so the key is to recognise if we’re experiencing this emotion.’

We also need to learn our triggers.

Liz says, ‘For some, our own early experiences – that we haven’t managed to deal with – carry that through to our later lives like William and Harry.

‘For others, it’s things like over-thinking and really asking ourselves, “Am I oversensitive to something?”

‘Recognising our sensitivities and triggers helps us get to a place where we have a little more understanding of the affects of them.’

Another way to prevent red mist is to notice the physical effects on our bodies.

Liz says: ‘Notice if you’re turning red or getting hot, even feeling charged, so you can catch it before it gets worse.’

Get in touch by emailing [email protected]