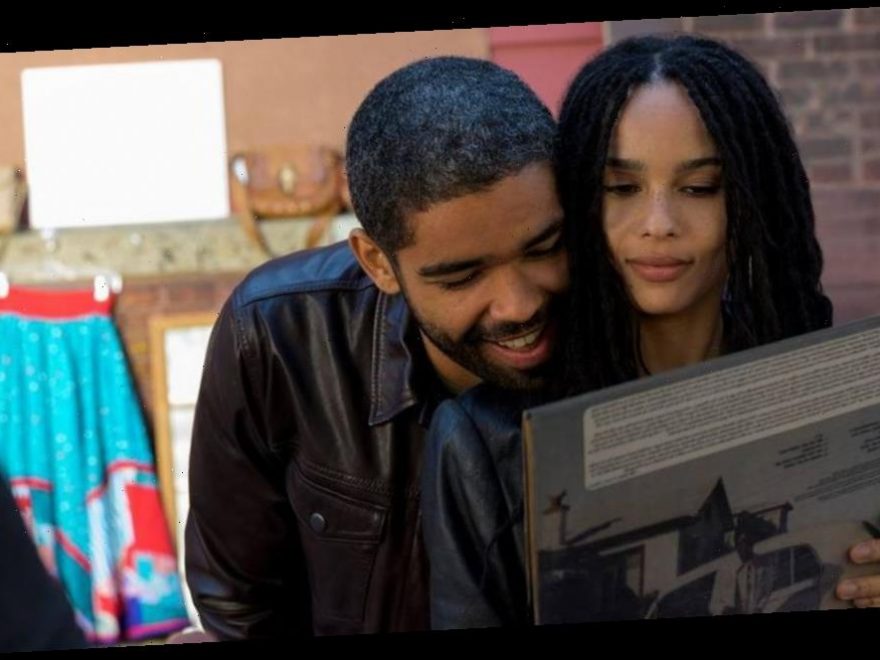 If there’s one part of Hulu’s new High Fidelity series that shouldn’t be up for debate, it’s the coolness level of one Zoë Kravitz. We’re talking, like, ridiculously, unquestionably, effortlessly cool. This is apparent from the show’s get-go: Her confidence, pointed taste and perspective on music, and trendy sense of fashion leave little doubt that this is a more put-together protagonist than her John Cusack parallel from the 2000 film of the same name.

So for her to be seriously rattled—the show says it’s been a year—over a break-up, the person on the other end needs to have that it factor to be believable. Balance is important here, right? And where High Fidelity (a blast of a series otherwise) finds fault is on the other end of that break-up, hoping that the vaguely-British accent and good looks of a guy named “Mac” will fill the place of an actually developed character.

Throughout the series’ 10 half-hour episodes, it’s not exactly clear what it is about Mac that Kravitz’s Rob is so invested in and upset about. Is it that he’s funny? We don’t particularly see that on screen. Is he charming? Sure, charming enough, but how much of that comes with an accent that might make you think of Harry Styles or Idris Elba? His job? The show doesn’t even bother to tell us what Mac does to earn a living.

Yes, Kravitz’s character is the ‘Rob’ of this High Fidelity, and she’s meant to follow the frustrated, heartbroken path of the Robs of High Fidelitys past (before the 2000 movie it was also a 1995 novel by Nick Hornby). But that doesn’t change the fact that this Rob is played by Zoë Freaking Kravitz. The story can be set up and structured however they like, but if you’re going to hire an extremely cool actress, and have her character also be extremely cool, well, you should probably buy into that coolness all the way. If there’s anyone who would’ve let something slip away, it’s him, not her.

One of the major differences in the Hulu version of High Fidelity and the 2000 film version of High Fidelity is how we’re meant to engage with our protagonist (both, again, named ‘Rob’). Cusack’s Rob was one of the early-aughts poster boys for toxic masculinity in a very identifiable way—even though there were times and ways that we were able and meant to relate with him, the majority of the movie finds him pushing and projecting his own issues onto others; it’s not until the very end that he even takes accountability for any of his personal faults at all.

Kravitz’s Rob, then, comes with a stark difference. While she’s by no means a perfect, blameless character, we’re primarily supposed to feel in-step with her opinions. She’s breaking the fourth wall throughout the series to talk to us, the viewers, and we’re mostly nodding along in agreement. And while it tends to work—most of her musical musings and life observations are spot on—the disconnect comes when she keeps talking about how perfect Mac is, and we just can’t see it. It’s a similar feeling, in a way, to when a friend has just met someone new, that you haven’t met yet. You’re both having your drinks, and while that friend can’t stop yakking about how great this new person is, you start to feel a certain level of cynicism in the back of your head. Yeah, OK, sure. I’ll believe it when I see it.

And while Mac on screen is, again, fine, there’s just something missing. We’re left sort of wondering what our blind spot might be.

A movie released on Netflix last year, Someone Great, was similar to High Fidelity in a lot of ways—both are comedies that focus on a woman in her late 20s (coincidentally both are die-hard music fans) in the wake of a painful break-up. In Someone Great, a series of flashbacks show us the start, beginning, and end of the relationship that found Jenny (Gina Rodriguez) so enamored with Nate (Lakeith Stanfield). He was funny, they had shared interests, and, as with just about every Stanfield character out there, the charisma was off the charts.

When we see their break-up, and eventual in-the-flesh reunion, you feel it. You feel the hurt on both sides, because you felt the good on both sides too. Like any relationship, that balance is important. Throughout the course of High Fidelity, we grow to love Rob, and we get inside her head and learn how she feels about, well, just about everything—that’s the true advantage of breaking the fourth wall. But the aspect of her break-up, and how she navigates the past with her ex, just rings empty—we’re given all the hurt of the aftermath without any reason to understand why.