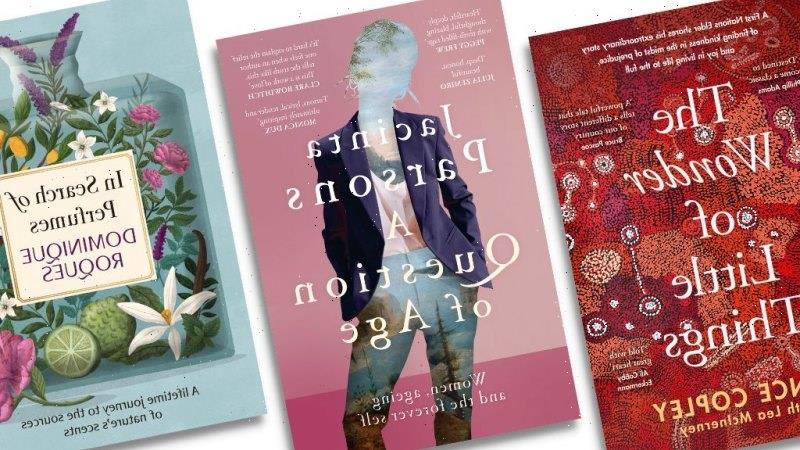 By Cameron Woodhead and Steven Carroll 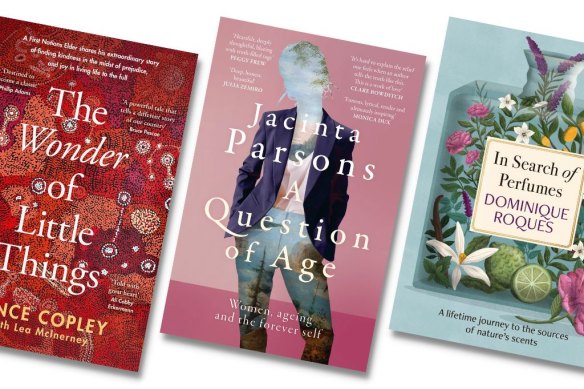 Books to read this week include new titles from Vince Copley, Jacinta Parsons and Dominique Roques.

Book critics Steven Carroll and Cameron Woodhead cast their eyes over recent fiction and non-fiction releases. Here are their reviews.

Non-fiction pick of the week 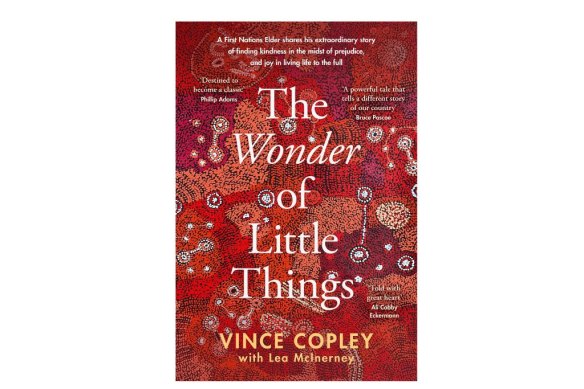 Indigenous elder Vince Copley, AM, may call his memoir a “simple story”, but it is told with an utterly beguiling simplicity that accentuates its sweep and drama.

Born in 1936, he was first raised on an Aboriginal mission in South Australia before moving to St Francis House, a famous boys’ home (especially for Indigenous kids) that produced the likes of activist Charlie Perkins, with whom he had a lasting friendship.

To an extent, there is a melancholic strain humming through the story – he lost five family members, including his father, by his teens – but there is also an extraordinarily dignified calm about the way he documents the racist injustices he faced and fought until the end of his life, and that are ongoing. But there is everyday pleasure here too: a lifetime marriage, footy and the treasured memory of rabbiting with a waddy. 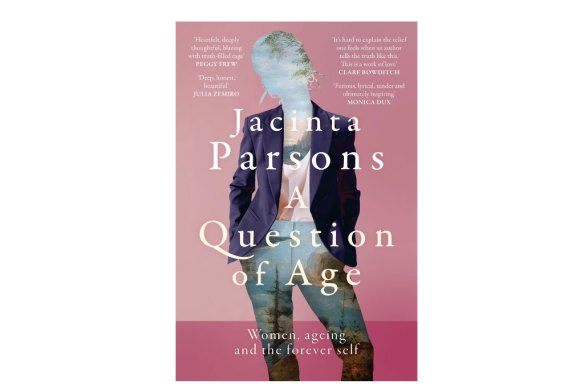 This is not only a study of the ageing process from a woman’s point of view, but, a kind of registering of the sensation of ageing: not so much describing it, as entering the spirit of it.

ABC presenter Jacinta Parsons is by turns poetic, angry, and circumspectly detached in delivering an intriguing, often moving, collective portrait. It is not only about her noticing for the first time her “bat wings” and the contradictory reactions to being visible and invisible, but a rumination on the female condition and ageing through the generations and beyond.

In this sense, there is an epic quality to the book, structured around the four elements of fire, air, water and earth. The body, like the elements, will change, but the aether of the inner self – what she calls the forever self – remains constant. This is distinctive and resonant. 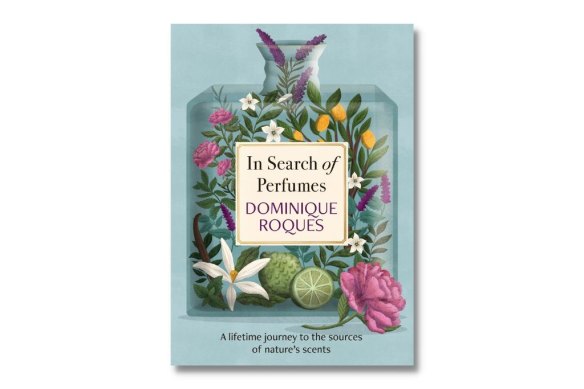 Frenchman Dominique Roques is not a perfumer, but someone who sources the best plants, the go-between who links the perfumers with the primary producers. It’s a job that takes him all round the world and this distillation of 30 years in the trade is his homage to perfumes and scents.

In Andalucia he tracks down the cistus resin from the Labdanum gum as well as documenting the ancient, endangered harvesting methods and rituals. Among other things, he records the effects of the globalised market on traditional production, as in a lavender farm in France taking on Hungarian mass production.

Then there’s the sandalwood trade, doomed until a new farm opened in the former mining town of Kununurra, Western Australia. Roques is passionate about his subject, and the writing, appropriately, often has a rich and heady quality. 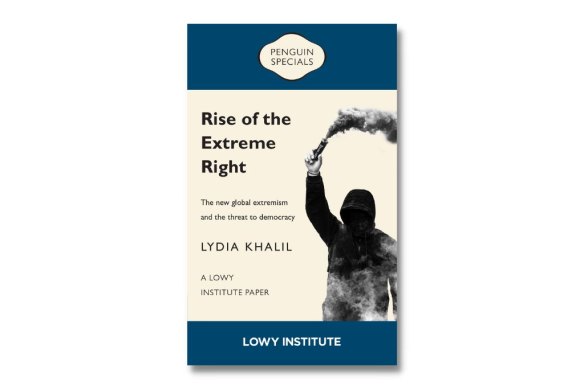 The Rise of the Extreme Right
Lydia Khalil, Penguin, $12.99

In her forensic examination of the rise of right-wing extremism globally, Lydia Khalil (formerly of the White House Office of Homeland Security) asks “What’s in a Name?“, ASIO having dropped the term “right-wing extremism” for a bundle of others.

To Khalil it’s important to name the phenomenon for what it is or we miss the connecting throughlines in the rise of the extreme right – such as anti-immigration movement “Identitarianism” and bizarre conspiracy theories such as The Great Replacement.

Right-wing extremists – she concentrates on terrorist groups as well as disturbing governmental trends across Europe and Asia – are not conservatives working within the system, they are revolutionaries out to overthrow it. With its origins in globalism and 50 years of neo-liberal inequality, the story is playing out as we watch it.

Fiction pick of the week 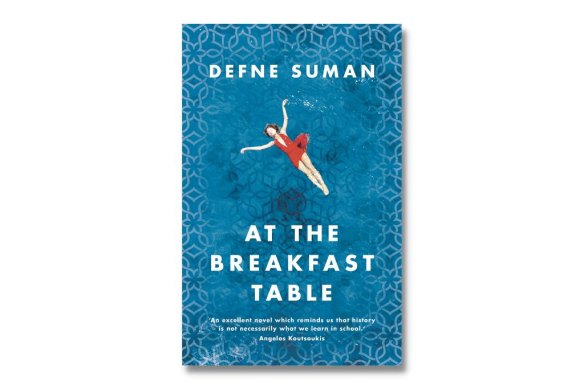 On the island of Bukuyada, a mere ferry ride away from Istanbul, a large family gathers to celebrate the 100th birthday of celebrated Turkish artist Shirin Saka. In the lead-up to the matriarch’s centenary, Burak, a journalist and family friend, interviews Saka, who hints at a dark and long-buried secret. It will eventually be revealed not through words, but in Saka’s art, and force a reckoning with the past.

The novel is told from four perspectives – with Burak, Saka’s nonagenarian servant and companion Sadik, Saka’s granddaughter Nur, and Nur’s niece Celine taking turns to narrate. Their voices are intimate and cleverly differentiated, combining into a rich and ruminative tale that weaves an elaborate web of relationships across four generations.

Despite traversing emotional terrain from familial estrangement to the pangs of unrequited love, At the Breakfast Table never succumbs to mere melodrama. It’s a nuanced, beautifully paced novel, featuring an attentively drawn cast of characters and an immersive sense of place. 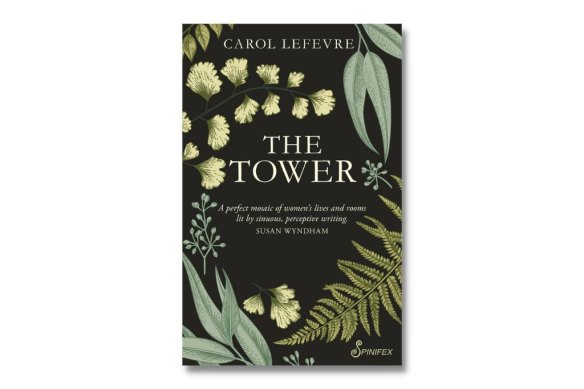 As with her novella Murmurations, shortlisted for the Christina Stead Prize, Carol Lefevre’s The Tower is a composite work, constructing a novel from a suite of interconnected stories. Through them, we encounter Dorelia, an older woman still mourning the death of her husband. One day, she drives with her artist friend Bunty by a house with a tower atop it and, determined to forestall her children’s well-meaning but infantilising aged-care plans, buys it without telling them.

From this central narrative, stories teem with sensitively wrought portrayals of women young and old trying to preserve their independence – from the fetters of domestic life, or conversely the pressure to have children; hoping to find freedom in art, or to subvert the expected tropes of literature. The motif of the tower, often a prison to female characters, becomes a tentative sanctuary for Dorelia as her health declines.

It’s an exquisitely crafted novel true to the complexities and contradictions of women’s experience, while daring to reimagine the limiting conventions of gender and narrative. 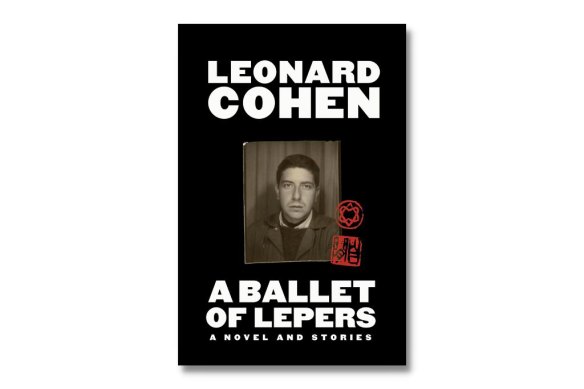 Diehard Leonard Cohen fans may want to read his unpublished second novel, A Ballet of Lepers, as well as the short juvenilia that scholar Alexandra Pleshoyano compiles here, for completeness, and for insight into the poet and songwriter’s artistic development. For everyone else, it’s the sort of posthumous publishing that happens due to celebrity alone.

Cohen’s clumsy, if occasionally inspired, novel shadows Dostoevsky and gothic horror and follows a lonely bookkeeper compelled to care for a grandfather he has never known. After witnessing his forebear committing an outrageous act of violence, the protagonist is drawn into a rapturous vortex of cruelty himself.

Many of the brief snippets accompanying A Ballet of Lepers seem like first stabs at themes Cohen would come to explore in his mature work – the erotics of divinity, and the violent pursuit of ecstatic experience among them. 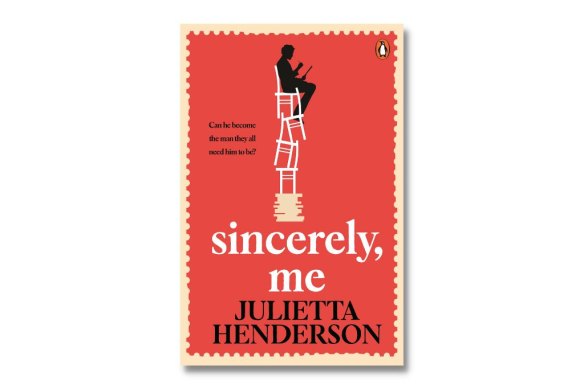 Danny Mulberry is a cheerful man-child and chronic alcoholic who, at 39, still refuses to take responsibility for his life, exploiting his ever-dwindling number of friends to get by. The self-described “Mr Could-Do-Better” is the unlikeliest figure to become guru and life coach to the masses, but that’s exactly what happens when a misleading article about him appears in the newspaper.

Those seeking his slurred pearls of wisdom include a headstrong niece he has never met – the daughter of his long-estranged sister, Lou, who needs her big brother’s help. Can Danny dispense sage advice without taking responsibility for the suffering his addiction has inflicted upon others? Well, no, but the novel, for the most part, reads as an unfortunate cross between lad lit and self-help guide.

It’s annoying to encounter such an upbeat portrayal of an alcoholic, and the reader must plough through shallow dramedy that fails to earn any genuine sense of redemption.

The Booklist is a weekly newsletter for book lovers from books editor Jason Steger. Get it delivered every Friday.