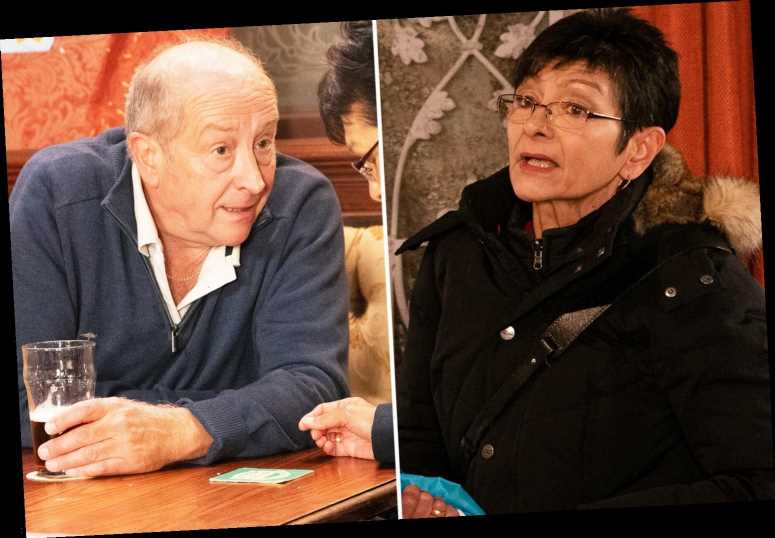 ALYA Nazir is going to plead with her grandmother Yasmeen to leave abusive Geoff after discovering his controlling behaviour.

Yasmeen has been suffering abuse at the hands of Geoff for months but so far her husband has managed to cover his tracks.

When is Geoff's abuse of Yasmeen found out in Coronation Street?

Corrie viewers were convinced that it was all over for Geoff after Cathy overheard his abuse of Yasmeen.

But the slippery bully wiggled his way out of it by convincing everyone that Yasmeen is an alcoholic, and that she was the one making his life a misery.

Tim begins to suspect his dad’s abuse this week when he finds Yasmeen locked in Geoff’s magic box at their home in the wake of his disastrous magic trick at Tianna’s birthday party.

The Sun Online has exclusively revealed that Alya will look into Geoff’s background in an attempt to get Yasmeen to leave him.

Alya has always had her suspicions when it comes to Yasmeen’s husband Geoff and was horrified when they returned from Vegas and announced that they’d married.

But the shocking information she discovers about his past actions in an upcoming episode leaves her shaken, and she begs Yasmeen to run for the hills.

But it’s not yet clear exactly when the extent of Geoff’s abuse will be uncovered, and fans will have to tune in to find out.

What do we know about Geoff’s abuse storyline in Coronation Street?

Corrie fans know that Geoff has been psychologically tormenting Yasmeen for months in a hard-hitting coercive control storyline.

Viewers have watched in horror as he’s isolated her friends and family and turned her into a shell of her former self.

His abuse worsened when he forced Yasmeen to eat a crab shell from the bin after her wedding reception.

The bully has also forced her to bin all her clothes and spend all her time cleaning around the house.

Geoff's threats came to an explosive head on the soap after his magic trick went wrong.

Back at home Geoff seethed and filmed himself abusing Yasmeen, angrily shouting and pointing his camera phone in her face while goading her.