‘RHOSLC’ star: She looked at me with ‘terror and fear’ upon arrest

The “Real Housewives of Salt Lake City” star compared the way her castmates are handling Jen Shah’s arrest for alleged fraud to how the Beverly Hills “Housewives” are handling Erika Jayne’s own legal struggles.

“In Beverly Hills, the biggest difference is Erika’s husband is the one being accused,” she said. “Jen Shah, the ‘Housewife,’ is being accused, so it’s a lot different. While there’s a lot of similarities, it’s different.”

But Rose still takes cues from “RHOBH,” explaining that she monitors her California counterparts’ social media accounts for tips on how to navigate fans’ comments as the drama unfolds on-screen.

“Just the other day, when Lisa Rinna and some of the other ‘Housewives’ posted like, ‘Please stop sending me hate messages and death threats’ — that alarms me because I see a lot of the way that Beverly Hills is reacting,” she said.

“We’ve gone through all of those emotions too,” she added. “It’s really hard to process the level of allegations and the emotions that come with it. And it’s natural to be like, ‘How does this affect me? How does this affect my family?’ But ultimately, we’re in this together. We are an ensemble cast and it is our job to show up the best way we know how.” 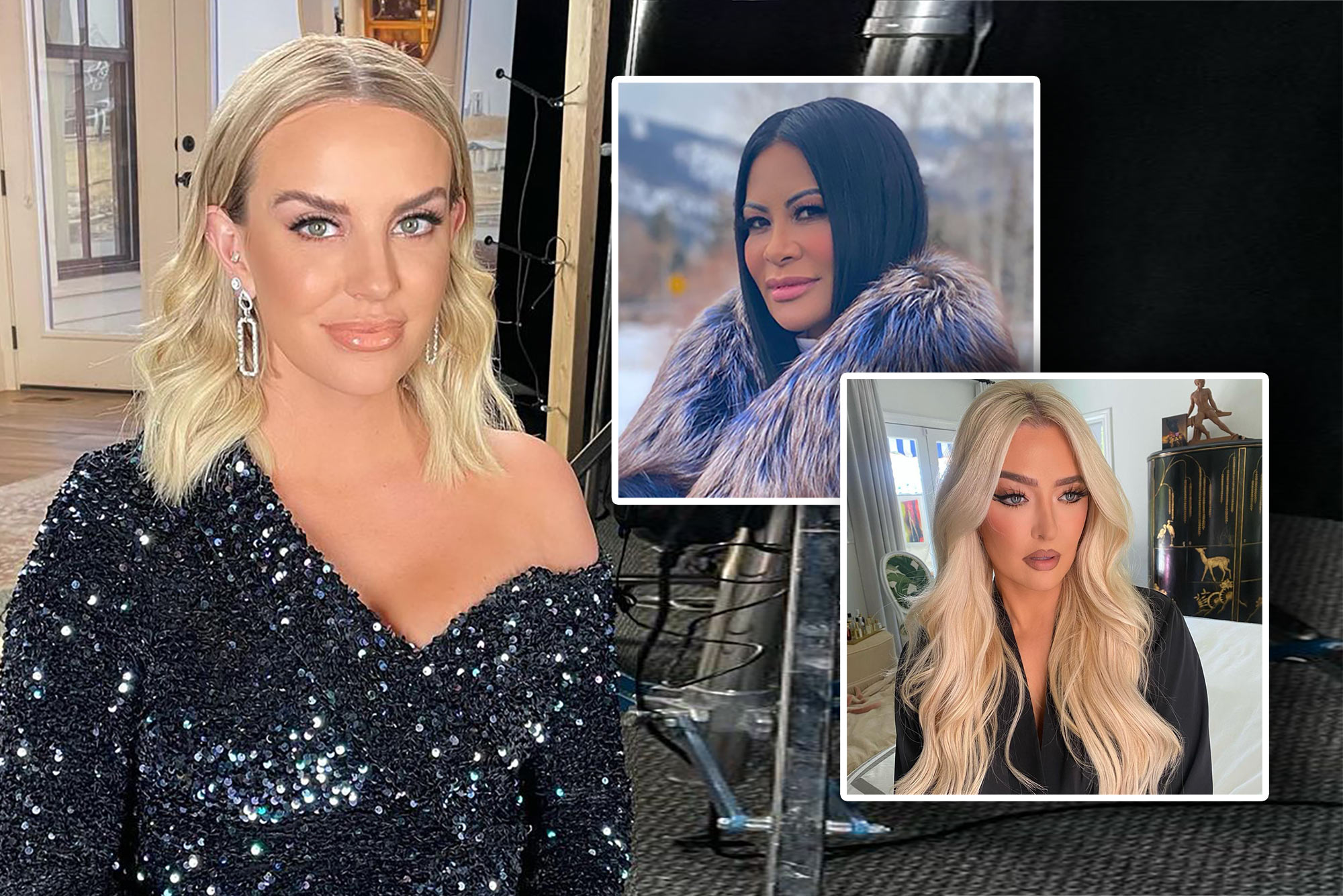 Sutton Stracke has been fighting with Jayne, 50, this season because she did not want to be associated with crimes allegedly committed by Jayne’s 82-year-old estranged husband, Tom Girardi.

Girardi is accused of stealing money meant for clients of his law firm, and he and Jayne were sued for allegedly embezzling funds meant for victims of the Lion Air Flight 610 crash through their “sham” divorce filing.

For her part, Shah joked about comparing her own arrest — for allegedly running a telemarketing scheme that defrauded the elderly — to Jayne’s drama, telling her to “hold my drink” on social media.