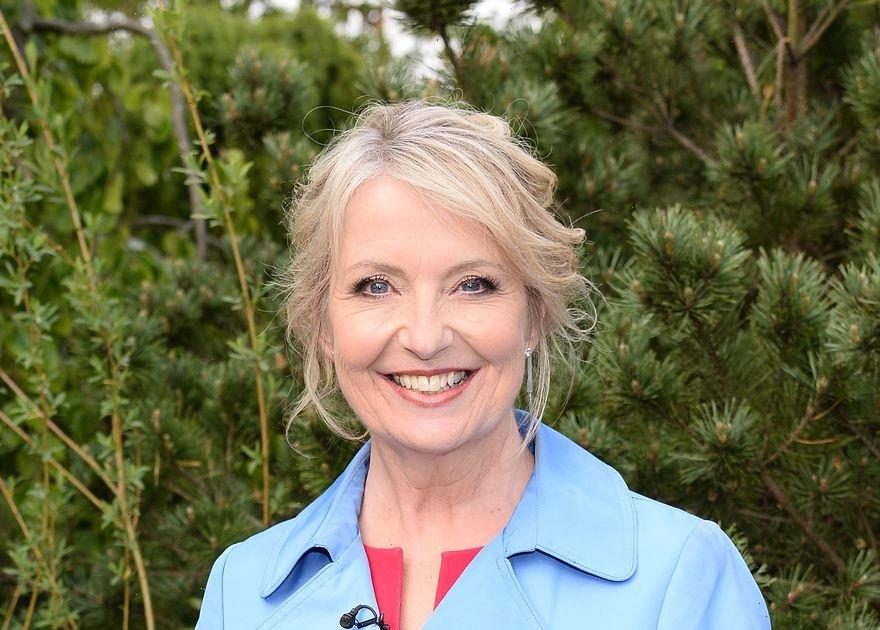 BBC Breakfast weather presenter Carol Kirkwood revealed her engagement live on air during a report from the Chelsea Flower Show.

Carol was previously married to cricketer Jimmy Kirkwood for 18 years until 2008, and has kept the identity of her new man safely under wraps.

But, with a sparkling engagement ring on her finger, 59 year old Carol's BBC Breakfast colleagues couldn't resist giving it a quick mention.

TV anchor Sally Nugent joked that she was “a bit concerned about how you’re standing up with a giant rock on that left hand”.

Carol, who said the couple were both "so, so delighted", reports the Mirror, replied: “We got engaged when we were on holiday. So it’s lovely news and we’re both thrilled."

The admission was met with an eruption of applause in the studio as Carol, known for her bubbling personality and stint on Strictly Come Dancing, beamed at the camera.

Who is Carol's mystery fiancé?

Carol lives a very private life away at her home in Maidenhead, away from the television spotlight.

She explained that her new fiancé, who she is believed to have met several years ago, popped the question unexpectedly while on a holiday picnic.

At first, Carol "thought he was joking"!

The Daily Mail recently reported that the presenter had been seen holding hands with a man while shopping.

The pair were spotted together taking a trip to a supermarket near her Berkshire home several months ago, laughing and joking along the way – so perhaps it's safe to assume that this mystery man is her fiancé.

A source told the newspaper that Carol has "gone to great lengths to keep details about him a secret", adding "but it won't stay that way for long.

“They've been an item for quite a while and are still together. He spends a lot of time at Carol's lovely home by the River Thames."

Last year, Carol confirmed that she was in a relationship but kept the identity of her partner a secret.

She did, however, reveal that he was the "best thing that's ever happened to me".

Speaking to Prima magazine in 2021, the much loved presenter made the admission.

She said: “I don’t want to say too much about my boyfriend, but I will say that he is very kind and very funny – he’s always making me laugh. And extremely handsome, as well.

“He always makes me a cup of tea before I go to work in the morning, which is very romantic – it's 2.45am and he often leaves me a little love note for when I come home from work.

“That, to me, is worth a million red roses.”

Get exclusive celebrity stories and fabulous photoshoots straight to your inbox with OK!'s daily newsletter.