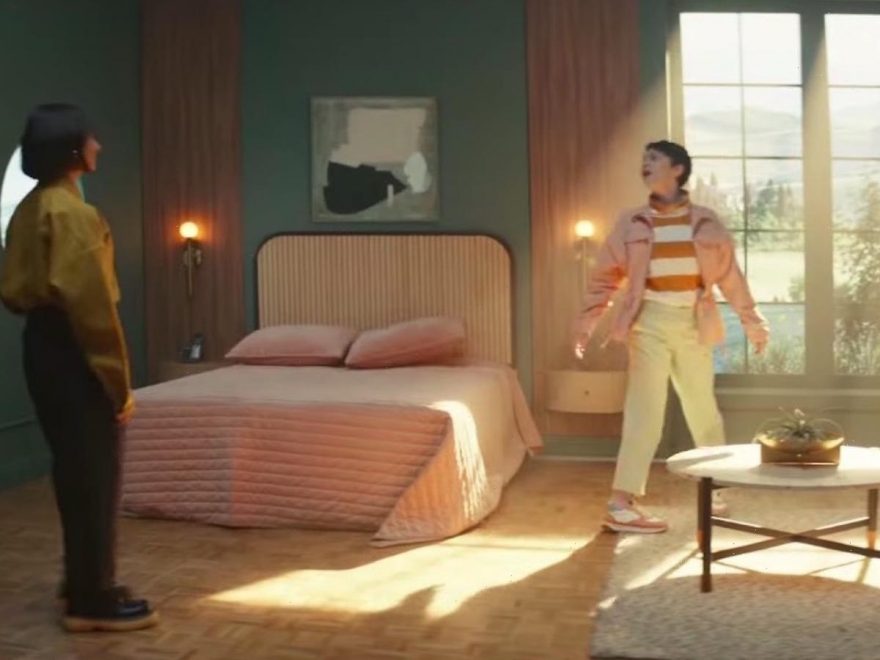 It’s not easy traveling alone — but in Expedia’s new “All By Myself” commercial, one familiar face is making things a little bit easier. In the new ad spot, a woman can be seen dealing with all the familiar struggles that can come with a great adventure. After she runs through the airport, she misses her flight by mere seconds. While staying in a new hotel, poor weather keeps her inside and the concierge isn’t available to offer any suggestions. When trying to figure out the directions on public transportation, she gets jostled by the crowd … and things are even worse when she tries to snap a selfie at an Instagram hot spot.

Enter the expert, there to help. “I got you,” she says before breaking into song, snapping her fingers, and turning the whole trip around. But who is the expert exactly? If you’re having trouble placing her, you’re not alone, but you’ve probably seen her on your TV before.

When you're all by yourself, Rashida Jones is ready to help

Oh, Ann, you beautiful tropical fish! As Leslie Knope says, she’s “smart as a whip” and she’s “cool under the pressure,” and it seems like the same holds true in this new commercial. Yep, the new face of Expedia is Rashida Jones, the actress who played Ann Perkins on “Parks and Recreation.” You might also know her as Joya Barris from “#BlackAF,” the titular star of “Angie Tribeca,” and Karen Filippelli from “The Office.”

The celebrity has had a long career in Hollywood, appearing in all kinds of comedies, both on TV and the big screen. When it comes to movies, she starred opposite Andy Samberg as Celeste in the romantic comedy “Celeste & Jesse Forever.” She also played Mark Zuckerberg’s lawyer, Marylin Delpy, in “The Social Network.”

In her latest turn in the ad, Jones is there for you whenever you need a helping hand. “You look a little lost,” she tells the hopeful traveler, before effortlessly solving any issue that comes their way. We’re ready to hop on a flight and make her our new adventure buddy — but, for now, we’ll settle for rewatching her in our favorite shows.