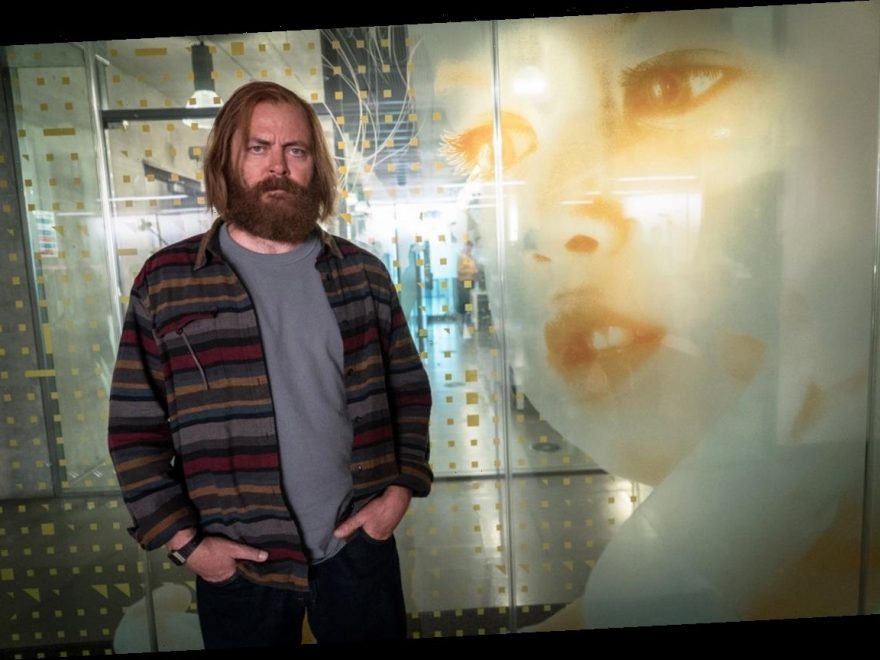 Watching the first episode of Devs should quickly dispel any notion that Amaya is based on a real company, but that doesn’t mean that it has no basis in reality. Located in Silicon Valley and housed on a sprawling, modernist campus, the shadowy tech company immediately brings to mind real-life corporations like Google, Facebook, and Apple — likely on purpose. Devs was created by Alex Garland (Ex Machina, Annihilation), whose work has long explored futuristic technology and heady sci-fi concepts while grounding them in real-world issues, whether that be the definition of consciousness or humanity’s tendency towards self-destruction. Devs looks to be much in the same vein, which explains why Amaya feels so eerily familiar: the best sci-fis feed into our lived realities and fears.

So what is Amaya, and what is its CEO, Forest (Nick Offerman), up to? Garland has shared very little about the fictional company; all that’s known is that it operates in the field of quantum computing. Den of Geek describes Amaya as, "not as ubiquitous as Facebook, nor as omnipotent as Amazon" yet still commanding of "the admiration of outsiders and the trusting loyalty of its employees."

Garland also revealed at Devs’ New York Comic-Con panel that whereas Ex Machina dealt with "breakthroughs in AI," Devs deals with "breakthroughs in development," per Indiewire. He said the idea for the show came from trying to "[get] my head around this principle of determinism, which basically says everything that happens in the world is based on cause and effect. That has all kinds of implications for us: it takes away free will. And if you had a computer powerful enough, you could predict the future and understand the past." Can Amaya’s quantum computer predict the future? "You’re going to have to watch to find out."

Fortunately, fans shouldn’t have to wait too long. The miniseries runs for eight episodes, and won’t wait until the bitter end to reveal the truth behind Amaya’s mysteries. "Garland doesn’t drag out the secret for too long," CBR.com teases in its review of the series. "By the second episode, it becomes pretty clear what Devs’ technology does."

Is Forest using Amaya to predict the future? Influence it? Change the past? Open a doorway to a new reality? Probably nothing that Mark Zuckerberg wouldn’t try if he had access to a massive quantum supercomputer.