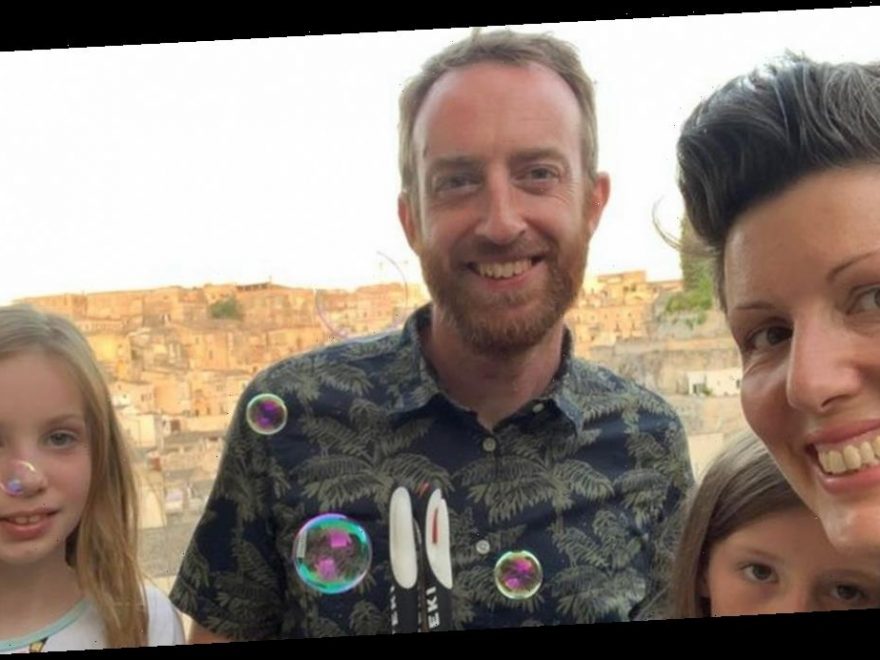 A dad-of-two is trying to enjoy what could be the last two months he spends with his young family.

Alex Francis, from Frome, Somerset, has been diagnosed with a terminal form of motor neurone disease known as Amyotrophic lateral sclerosis (ALS).

He initially was diagnosed last May then was told by a specialist just five months later he had just 12 to 18 months to live.

Alex's wife, Laura, told Somerset Live he had initially gone to the doctor last May thinking it could just be a slipped disc after experiencing back problems.

The news they received was "like being hit by a bus," she said.

Laura continued: "He had been having trouble walking, even just tripping over walking down the street, and didn't know why."

"He went for scans and things and when the results came in they just told us that there was a bigger problem but wouldn't tell us what it was, they just advised we see a neurologist as soon as possible.

"We had thought it might just be a slipped disc impinging on a nerve or something.

"We were told there was a 16-week waiting list to see a neurologist on the NHS so we found the money to get an appointment with a private specialist – it was a couple of hundred pounds and we don't just have that lying around, but we found the money.

"He had the appointment the following Monday and honestly, it was the worst weekend of our lives, knowing something was wrong but having no idea what it was."

When Alex and Laura met with the neurologist, they were informed clearly that Alex had a form of motor neurone disease, that there was no cure and the disease would debilitate him.

However, at that stage they were still hopeful that it would not have such dramatic consequences for their family.

Laura said: "Normal life expectancy with MND (motor neurone disease) is about two years but some people can live for twenty.

"It's a bit like cancers – there's different forms, some are really aggressive and act quickly whereas others are slower.

"When we were told, our GP advised us to go away for a while, to process everything and wrap our heads around it.

"So we took the kids out of school and went travelling, on a road trip around Europe for three months, which was an amazing experience.

"But by the time we got back, around September time, Alex could barely walk unaided – after having been in single-storey accommodation for months, I didn't know if he was even going to be able to climb the stairs to go to bed when we got back."

Upon returning to the UK, Alex and his family started working with a medical team in Bath who had links to a specialist motor neurone division at the John Radcliffe Hospital in Oxford.

The experts he was working with ultimately broke the news to Alex and Laura about just how long Alex would have left to live.

Alex was told he had a fairly typical rate of progression for the disease, given they estimated he had already been living for anywhere up to three years with the disease before the worsening of symptoms began.

However, he was also told that MND was a disease where the rate of progression does not tend to change – meaning the worsening of the symptoms would not slow down.

Laura said: "Given that it had only been a few months since he was told he had MND at all and how far his symptoms had come, this basically meant it was not going to get better.

"We were told, if there's something we wanted to do, with the kids and anything like that that we were thinking of maybe doing in the next summer holidays or something, to do it sooner rather than later.

"The specialist also said to us, 'if we are having this conversation again next November, I will be very pleased' – and that was like being hit by a bus.

"I think Alex certainly thought for a while if he ate healthily and lived well that might help but MND isn't like that – it's not a discriminatory disease, it doesn't care if you eat Mars bars or green vegetables all day.

"Alex has done amazingly in being positive about it and he wants to make the most of his time, but on a daily basis it's difficult because he is suffering and struggling – I mean, who wouldn't be if you were told you were going to die?"

The Francis family have now come somewhat to terms with the situation they are in and aiming to make the best of the time they have together.

However, Laura admits the transition and acceptance has not been easy for their two children.

She said: "We know we've got maybe a year left, and if we get another one that'll be good.

"Getting told we only had that long was pretty hard to hear, especially with two young children.

"We've been pretty open and honest with them – kids know when stuff's going on and we think you need to be honest with them, if you don't tell them they will just imagine the worst.

"We probably tried to protect them from the enormity of it at first but we quickly realised it was just freaking them out.

"They're struggling with it but we're doing our best – we don't really know what to say but we're just looking after them as best we can because it's really tough for them.

"That's why we want to take them on holiday – we want them to have a good time with their dad, because it might be the last time."

Laura and Alex are working on fundraising efforts to make sure the family can afford the Wheelchair Accessible Vehicle for which they have now put down a deposit, as well as replenishing the money they have spent from their mortgage fund on a family holiday to Club La Santa in Lanzarote.

The destination is fully equipped for people with mobility problems and may help Alex fulfil one of the things he wants to do – to be able to swim in the sea again.

Among their fundraising plans, Alex and Laura will be hiking up Mt Snowdon in May this year, alongside 75 others who have put themselves forward and with Alex in a specially designed wheelchair for trekking.

Along with the fundraising, the family want their actions to raise awareness of the fight against MND, with any extra funds resulting from their efforts to go towards research into the disease.

Laura said: "All we can do now is to look after ourselves and our kids but if we can help make sure that in ten years no-one has to face this, then that would be our ultimate achievement."

You can visit their GoFundMe page here .