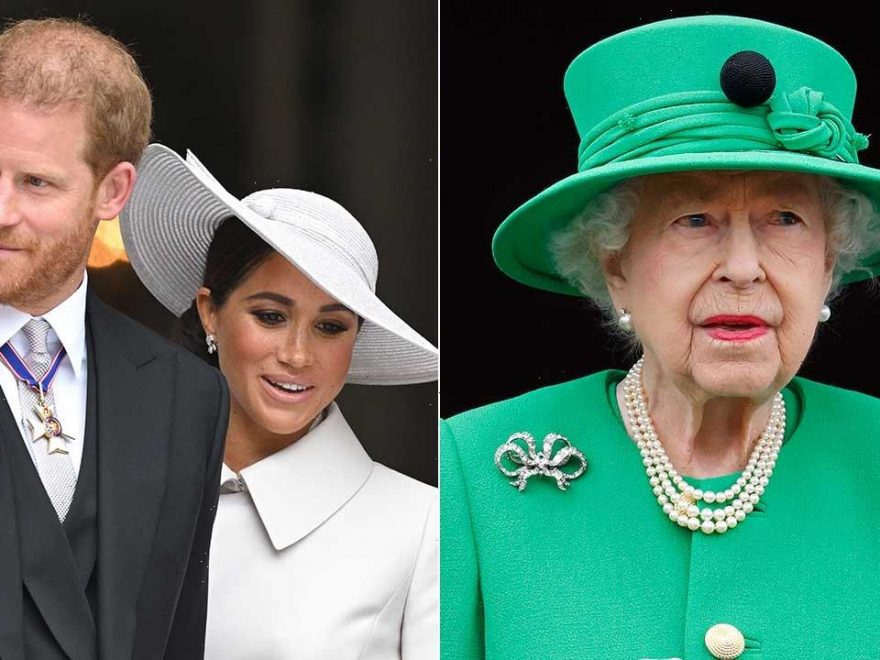 Following the news that the Duke and Duchess of Sussex will visit the UK next month, many have been left wondering whether the couple will have an audience with the Queen.

MORE: The Queen shares touching tribute to Princess Anne for this special reason

It’s highly plausible their paths will cross as Her Majesty is expected to cut her summer short and travel back to England to hold audiences with the outgoing Prime Minister Boris Johnson and his successor in early September.

WATCH: Prince Harry and Meghan to visit UK next month

The monarch is currently enjoying a summer break at Balmoral Castle. She usually travels to the Scottish residence in July and stays at Craigowan Lodge initially, which is located a mile from the main Balmoral Castle.

She then traditionally moves from Craigowan Lodge to Balmoral after the castle closes to the public and tends to stay until October before resuming her royal duties.

However, the current PM confirmed he will formally tender his resignation on 6 September – which means the Queen may have time to see Prince Harry and Meghan during their UK visit.

The couple will be back in Britain during the first week of September, during which time they will also visit Germany. On Monday, a spokesperson for the Duke and Duchess said: “Prince Harry and Meghan, The Duke and Duchess of Sussex, are delighted to visit with several charities close to their hearts in early September.”

The couple will travel to Manchester for the One Young World Summit, an event which brings together young leaders from more than 190 countries, on 5 September. The Duchess of Sussex is a counsellor for the organisation, alongside Justin Trudeau, Sir Richard Branson, and Jamie Oliver, among others.

They will then head to Germany for the Invictus Games Dusseldorf 2023 One Year to Go event, before returning to the UK for the WellChild Awards on 8 September.

Their visit to the UK will be the first time they have been back in the country since the Platinum Jubilee celebrations in early June. It is not known whether the couple will be joined by their two young children, Archie and Lilibet.

Make sure you never miss a ROYAL story! Sign up to our newsletter to get all of our celebrity and royal news delivered directly to your inbox.