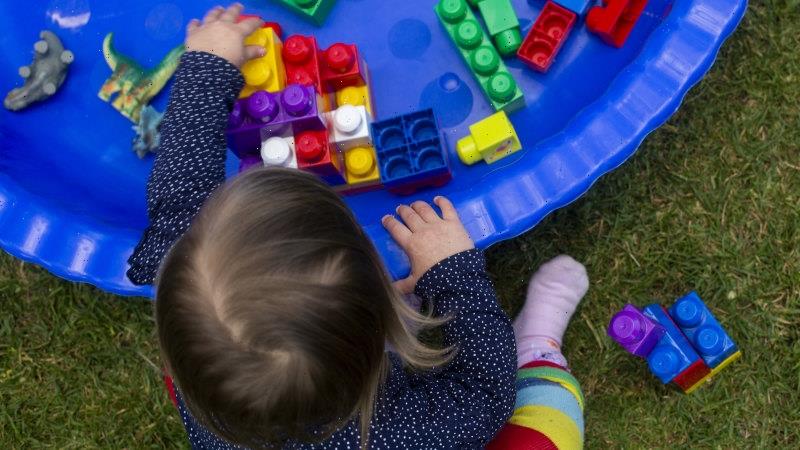 Businesswomen are urging the federal government to help make it financially viable for more women to work with new figures revealing more than 100,000 women could not even search for employment because of a lack of childcare.

As Treasurer Jim Chalmers prepared for his first formal meeting with the Reserve Bank of Australia, unions and business leaders said the economy was suffering due to roadblocks to work facing women. 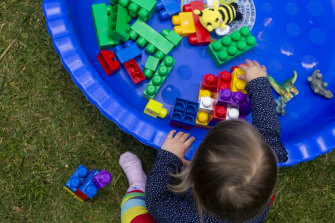 Early childhood education and care is a critical issue when it comes to women’s participation in work, the unions and businesswomen say.Credit:Ryan Stuart

Labor campaigned hard on its plan to improve access to childcare and focused on that reform’s economic benefits, and Prime Minister Anthony Albanese has promised to look at making it universally accessible.

Sue Morphet, past president of Chief Executive Women, said Australian women are among the world’s best-educated but rank 70th in the OECD in terms of workforce and economic participation.

“That gap is quite extraordinary, we are leaving great talent on the table,” she said.

Morphet said the new Labor government needs to tap into that wealth of talent, and improving access to early childhood education and care is key to that.

Australia is second in the world for high childcare fees, according to OECD data. Labor has promised to subsidise 90 per cent of childcare fees, which will cost the government $5 billion over the next four years. 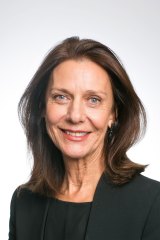 Data from the Australian Bureau of Statistics published on Tuesday highlighted the issues facing women who want to work.

In February, there were officially 560,000 unemployed people. There were another 745,000 who wanted to work and who were available to start a job within the next four weeks but were not actively searching for employment.

About 51,000 cited family caring responsibilities as the reason they were not searching for work, of which more than 40,000 were women.

Australian Council of Trade Unions President Michele O’Neil said early childhood education and care was a critical issue in terms of cost of living and women’s participation in work.

Over the course of the previous Coalition government, she said childcare costs rose by 39 per cent, making it unaffordable for many working women.

“They want to be able to do more hours, more shifts, participate more in the workforce, but what they get instead is penalised if they work that extra hour that extra shift,” she said.

“It means that women are not contributing and participating in the economy in the way they want to.”

For a married couple with two children where one person earns the average wage and the other works part-time, the OECD estimates their tax burden at 20.9 per cent of their gross collective income.

For married working couples with two children where both partners earn the average wage, the OECD estimates their tax burden at 23.2 per cent of their gross collective income.

Australia’s tax burden is higher than comparable nations such as Britain, the United States, Japan and New Zealand.

The data pre-dates the end of the low and middle income tax offset that, after being increased for the current financial year, ends in 2022-23.

While the government faces calls for action on tax, Treasurer Jim Chalmers is moving quickly to explain his economic agenda to key institutions.

Chalmers will on Wednesday hold his first formal meeting with the Reserve Bank of Australia plus the heads of the nation’s key financial regulatory organisations.

Ahead of the election Labor, as well as the Coalition, promised the first independent review of the RBA in more than 40 years. Labor’s review will examine not only the bank’s institutional arrangements but also the interaction of fiscal and monetary policy.