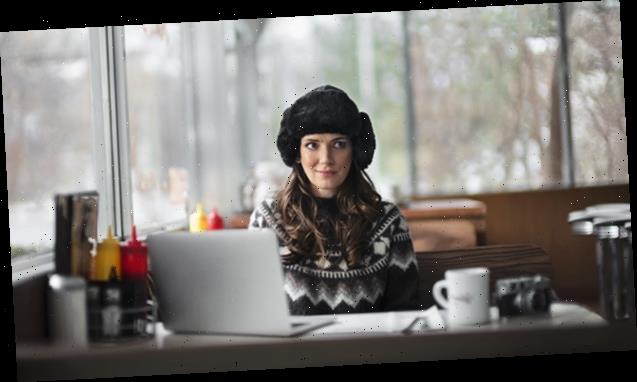 Welcome to Winona…Ryder. The ‘Stranger Things’ star captures the pure essence of her Midwestern hometown — and her namesake — in Squarespace’s cute Super Bowl 54 commercial.

“Excuse me, ma’am? Whatcha doing over there?” It could be a scene out of Fargo, but actually, Squarespace’s 2020 Super Bowl commercial takes place six hours southeast of Fargo, ND, in Winona, MN. Fittingly enough, it features Winona Ryder, who is seen laying in the snow next to a giant WELCOME TO WINONA sign at the start of the Feb. 2 spot. Since it’s not every day that a pop culture icon is seen daydreaming along the side of a road, a cop investigates to find out what she’s doing. Turns out, she’s building a website “about Winona.” What follows is the most midwestern exchange possible, with Winona and the cop sharing a love for “pictures,” and the police officer departing with a “bye-bye now.”

While this commercial takes quirk to a whole new level, it’s actually showcasing how Squarespace is perfect for small businesses to establish their presence on the Internet. “Growing up in a small town, you come to value the independent businesses that make a place like Winona thrive,” said Winona Ryder in a press release. “Winona represents a lot of small towns and cities that aren’t talked about as often or don’t get as much attention. Helping to give a voice and a platform through Squarespace to this town is really wonderful.”

“Getting to come to Winona, the town I was born in, you walk down the street, and it’s almost like being in another time, but also modern,” Winona says in the long-form preview of the “Welcome To Winona” commercial. “My mom was in a local laundromat, and she saw this little pamphlet-book, and it said ‘Winona: The legend of Winona.” It was a little book. And, she picked it up, which I think induced her labor – of me. … I think Winona represents a lot of towns that have a lot going on and a lot of creative energy and great places. And I’m excited to see Squarespace be interested in those small businesses. I think it’s just a really cool project.”