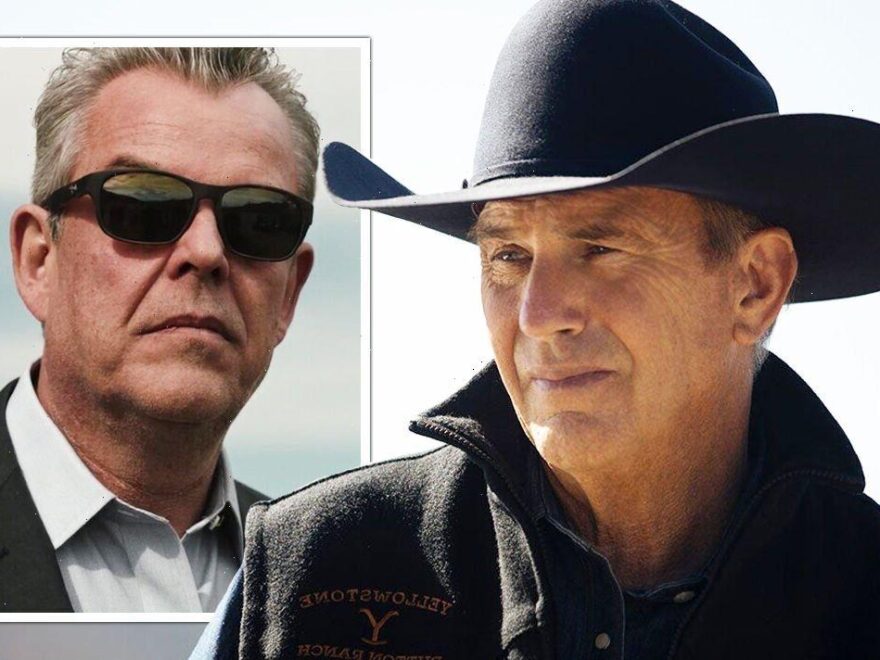 Yellowstone: Trailer for season 5 of US drama

Danny Huston is best known to Yellowstone fans as Dan Jenkins, a capital developer who feuded with ranch owner John Dutton (played by Kevin Costner). With a fifth season of the Paramount Network drama coming to screens soon, Danny and Kevin have laid out plans to reunite for the Hollywood A-lister’s upcoming film series, Horizon.

Former Yellowstone star Danny has signed on to the ensemble cast of Kevin’s upcoming Western project.

Titled Horizon, the film is currently shooting in Utah with the actor-director hoping to expand the series with three sequels.

Danny has signed on for an undisclosed role shortly after fellow Yellowstone regular Will Patton also joined the cast.

Kevin will both direct and star in the film, supported by actors Sienna Miller and Sam Worthington.

Plot details are being kept under wraps, but Horizon is reported to be a Western epic set against the backdrop of the American Civil War.

The feature – which Kevin wants to expand across four separate films – will trace the 15-year expansion of the American West both before and after the US conflict.

Via Deadline, a description reads: “Experienced through the eyes of many, the epic journey is fraught with peril and intrigue from the constant onslaught of natural elements.

“To the interactions with the indigenous peoples who lived on the land, and the determination and at many times ruthlessness of those who sought to settle it.”

Horizon’s newest cast member is well-known for his appearance in acclaimed films such as The Aviator, Children of Men and 21 Grams.

On Yellowstone, he frequently menaced John and the rest of the Dutton family as he tried to get his hands on their coveted Montana ranch before Market Equities joined the land war in later seasons.

Jenkins was one of the family’s most diligent rivals until he was killed by hitmen hired by the Beck brothers (Terry Serpico and Neal McDonough).

As his fans eagerly wait for Kevin’s newest film project to come to fruition, the actor recently admitted the production is costing slightly more than he may have hoped.

“I’m making a Western myself here [in the UK],” he told Lorraine Kelly. “My wife and I mortgaged the land that we have on the ocean.”

“She looks at me, she goes, ‘Why are you doing this?’ And I said, ‘Because I’m just not certain anybody wants to see this, and I want to make it for people.’

“And so she says, ‘Okay! Hey, one more good deal and we’re out of business.’ But she knows that something in me does that, and it’s the place where we’re going to build our home.”

Thankfully, movie buffs can usually bank on Kevin’s projects doing well at the box office, so hopefully, the Hollywood star has another major big-screen hit on his hands.