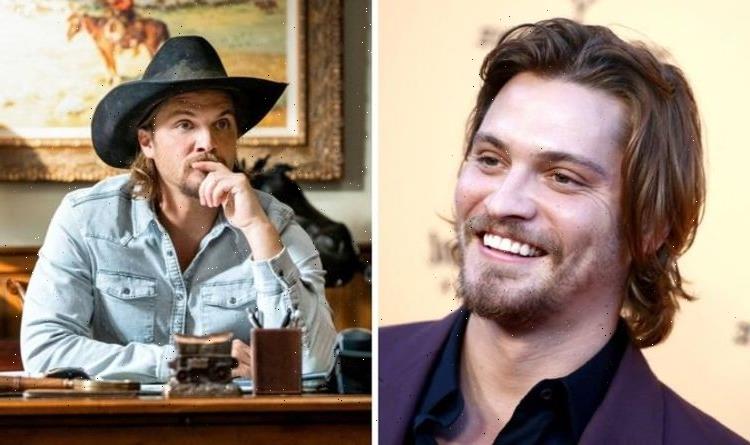 Luke Grimes will be back on screens as Kayce Dutton very soon, with the fourth season of Yellowstone finally on its way this November. Once the next chapter of the thrilling Paramount Western wraps up, Grimes will be taking on a very different role in an upcoming feature film.

Mullen will direct from an original screenplay developed by Ryan Christopher Churchill.

Luke Grimes is currently the only member of the cast confirmed so far, with more to be announced soon.

An official synopsis reads: “In Hello Stranger, a woman attempts to replace her newly deceased husband, Evan (Grimes), with an android simulant.

“Although SIM Evan appears like human Evan in every way, Faye does not feel the same love for SIM Evan as it does for her.

“SIM Evan tries to win Faye back, while at the same time, he is on the run from a government agent chasing down SIMs who have become “conscious” and could be a threat to humankind.”

His next role marks his first foray into feature films since starring alongside James Badge Dale and Frank Grillo in the 2019 action-thriller Into the Ashes.

Outside of his iconic Yellowstone turn, Grimes is also known as Christian Grey’s elder brother Elliot in the Fifty Shades of Grey trilogy.

Portraying both Faye’s departed husband and his AI replicant will undoubtedly make his next performance in Hello Stranger one of his most challenging roles to date.

Director April Mullen said: “The idea of creating an A.I. simulate to replace a deceased loved one is more probable in our near future than many people would care to consider.”

“Bringing this world to life alongside an actor like Luke who instills humanity and depth into every frame of his work is a director’s dream.”

The concept was also explored in an episode of Black Mirror back in 2013, and Mullen hopes to bring a fresh new perspective on the intriguing science fiction trope.

Hello Stranger is set to be produced by Tim Doiron (Wander) and James van der Woerd (Wander) in association with Wango Films, as well as executive produced by Myriad’s Kirk D’Amico.

D’Amico said of the film: “April Mullen has an extraordinary vision of this futuristic and slightly frightening world where emotional connections may or may not be real.

“We are excited to see how this world unfolds on screen with a strong cast for this unexpectedly suspenseful film.”

Science fiction fans should be sure to remain on the lookout for more casting news for Hello Stranger still to come.

Yellowstone season 4 will premiere on Sunday, November 7 on Paramount.