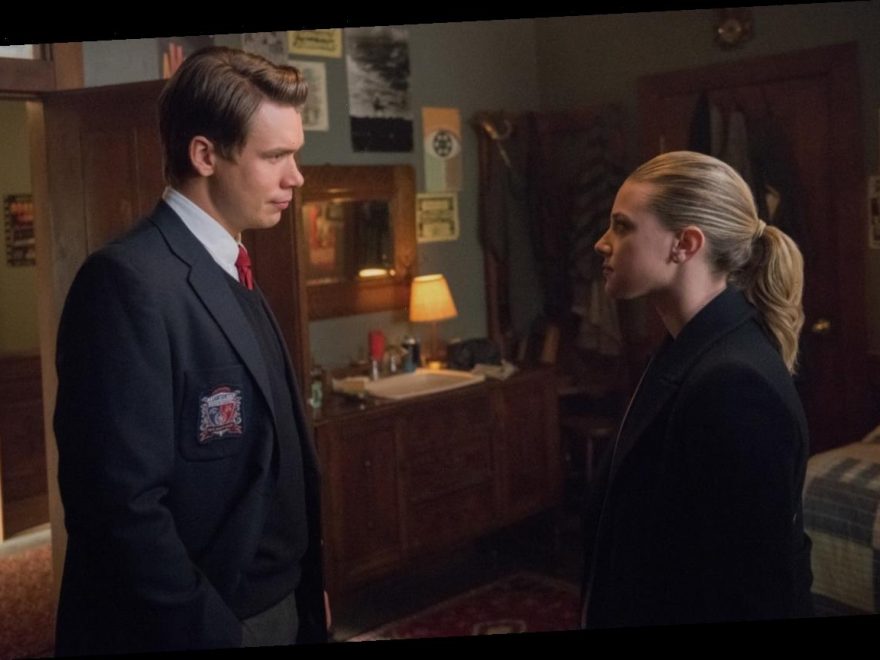 You’ll have to wait a week longer for more clues about Jughead’s supposed death, because Riverdale isn’t airing on Feb. 19. In its usual Wednesday night time slot is Howie Mandel’s 5th annual All-Star Comedy Gala, which airs from 8 to 9:30 p.m. ET. It’s unclear why Riverdale, specifically, was bumped for the special — which features comedians like Cameron Esposito, Alonzo Bodden, and Rachel Bloom — but Archie and co. will be back onscreen the following week with a lot of loose ends to tie up.

That seems to be what Archie is trying to figure out in the next episode. In the promo, he confronts a still very guilty-seeming Bret at Stonewall Prep, but Bret maintains that it was Betty who killed Jug. Betty, meanwhile, seems unsure about her role in the whole thing, admitting that she blacked out and can’t remember what happened. But she’s also very calm and collected for someone who may have just murdered her boyfriend. Is she hiding the truth that Jughead staged his own death?

The official synopsis for "How to Get Away with Murder" reads: "THE AFTERMATH – When a night in the woods goes horribly awry, Betty, Archie, and Veronica are forced to confront what one of them may be capable of." That doesn’t tell us much, and neither does the following episode, titled "To Die For," which currently doesn’t have a synopsis. Considering that the season is only a little over halfway over, the truth is likely far from being revealed. At least we’ll get somewhat closer to unraveling this prolonged mystery when Riverdale comes back.