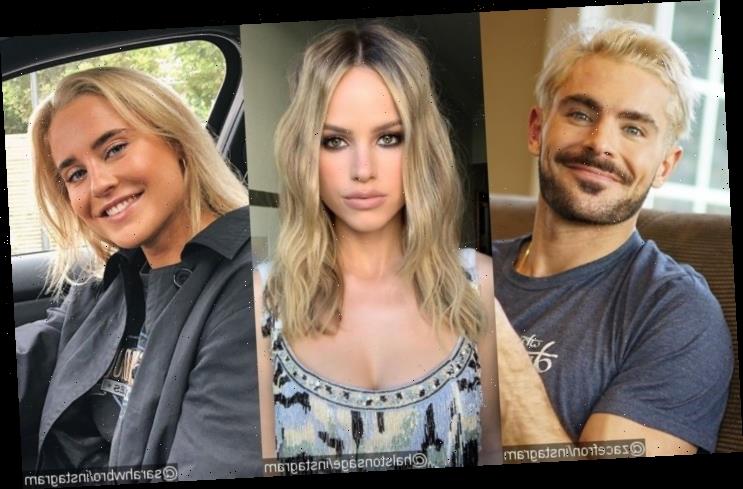 The ‘Extremely Wicked, Shockingly Evil and Vile’ actor recently broke up with the Danish swimmer, but has already moved on by dating the ‘Prodigal Son’ star.

AceShowbiz –Zac Efron has called it quits with his girlfriend Sarah Bro after less than a year of dating, but he’s clearly wasting no time being single. The 32-year-old hunk has reportedly moved on with another girl after ending his relationship with the Danish swimmer.

According to Us Weekly’s source, the former Disney Channel star is now dating actress Halston Sage. The “Extremely Wicked, Shockingly Evil and Vile” actor and the 26-year-old actress, who has a main role on FOX’s crime drama series “Prodigal Son“, are reportedly “in a serious relationship and in love.”

Zac and Halston were co-stars in 2014’s “Neighbors” and were briefly linked romantically in April 2014, but by July of that year, he was single once again. It’s unclear when they reconnected and started growing closer, but the so-called insider dishes, “They spent the holidays together, with part of that time in Santa Barbara.”

Zac’s relationship with Sarah itself began in early 2019, but they never confirmed their romance. The two were spotted out together on various occasions, including their first sighting at a fitness class in Los Angeles in January 2019. Later in March, the then-lovers were seen attending an Ultimate Fighting Championship match in Las Vegas.

As to why their relationship ended, another source tells Us, “The relationship just wasn’t working out. She came back to L.A., and it never got going again.”

Zac was previously in a longtime relationship with his “High School Musical” co-star Vanessa Hudgens after starring together in the 2006 TV movie. They broke up in 2010. Vanessa then began dating Austin Butler in 2011, but they recently called it quits after nine years together.

As for Zac, he was romantically linked to a string of women, including model and entrepreneur Sami Miro whom he dated from September 2014 until April 2016.