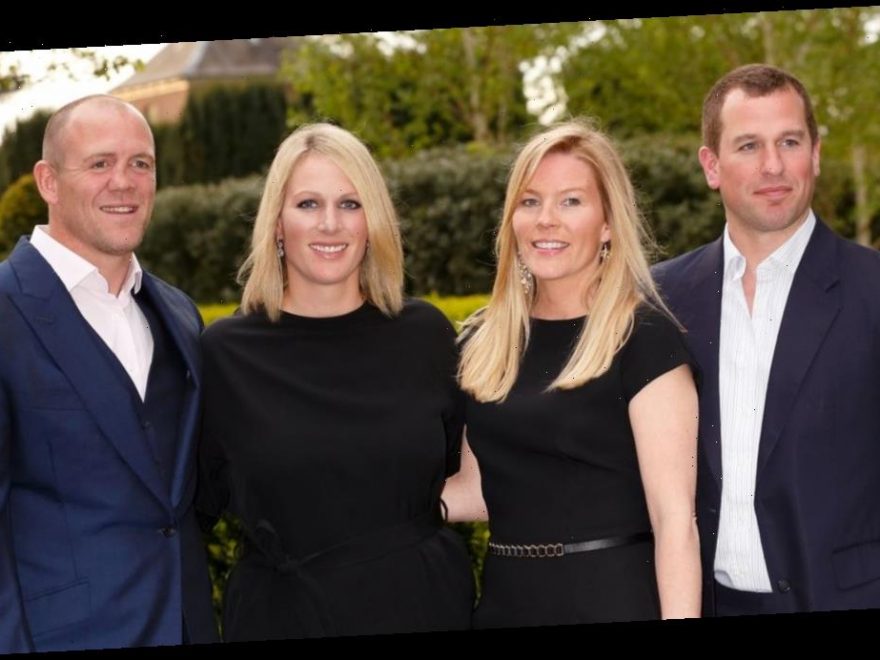 Zara Phillips was "instrumental" in convincing Autumn Phillips to stay in the UK following her split from Peter Phillips, according to reports.

Zara, the queen’s eldest granddaughter and Peter's sister, reportedly persuaded Autumn not to head back to her native Canada.

Autumn and Princess Anne's son Peter announced their split this week, sparking fears she would follow in Harry and Meghan's footsteps and head over the Atlantic.

But she has insisted she will remain in the UK to co-parent their children, Savannah, nine, and Isla, seven.

While the couple's decision to part ways to preserve "their two children and ongoing friendship" surprised some, the divorce had been in the works for some time. A source told The Sun: “Zara first stepped in to help mediate the couple when she heard of their struggles last October.

“Zara and Anne were told at the end of October that they were having troubles.

“Autumn was very upset about it. It kind of came out of the blue.

“Then all of a sudden Autumn was beside herself and Zara took the lead in consoling her.” The couple are said to have told the Queen about their plans to part ways during a private visit to Balmoral last summer.

Autumn later joined Her Majesty on a trip to church, where the head of state urged her and Peter not to make a hasty decision.

A statement issued on the couple's behalf read: "After informing HM The Queen and members of both families last year, Peter and Autumn jointly agreed to separate. "They had reached the conclusion that this was the best course of action for their two children and ongoing friendship.

"The decision to divorce and share custody came about after many months of discussions and although sad, is an amicable one.

"The couple's first priority will remain the continued well being and upbringing of their wonderful daughters Savannah (nine) and Isla (seven).

"Both families were naturally sad at the announcement, but fully supportive of Peter and Autumn in the joint decision to co-parent their children.

"Both Peter and Autumn have remained in Gloucestershire to bring up their two children where they have been settled for a number of years.

"Peter and Autumn have requested privacy and compassion for their children while the family continues to adapt to these changes."

At the moment Autumn is living with the girls in a barn conversion on Princess Anne's estate near Minchinhampton in Gloucestershire.

Peter is splitting his time between a flat in Kensington during the week and the Gloucestershire home on weekends.